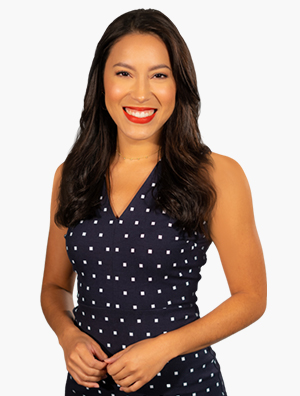 Karla Rodriguez joined ABC 57 in August of 2018 as a Multimedia Journalist. As a Florida native, she’s excited to trade in her sandals for snow boots!

Karla graduated from the University of Central Florida with a dual degree in Journalism with a minor in Sociology. During her time there, she worked both in front of and behind the camera for her award winning student run newscast— reporting and anchoring daily live newscasts.

She co-hosted The Early Bird, a student run entertainment show at the University of North Florida where she received her Associates Degree in communications.

Karla immersed herself at her internship at Convention News Television where she broadened her ideals of journalism through this new form of reporting.

Karla was born and raised in Orlando, Florida. When she’s not reporting, Karla enjoys traveling, hanging out with her friends, and discovering new places eat!

Karla would love to chat with you! You can reach her through email, Facebook, or Twitter if you have a story idea, tip, or just want to say hello! Thanks for trusting me to share your stories.