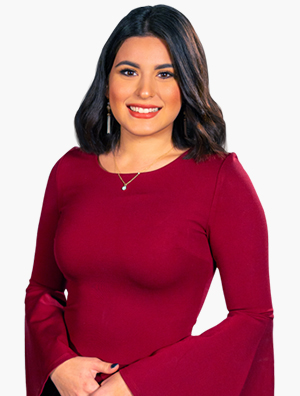 I joined ABC57 News in August 2018 as a multimedia journalist.

I graduated from the University of North Florida with a bachelor's in multimedia journalism and political science in May of 2018. Throughout college, I was involved in student-run media where I eventually became Editor-in-Chief but also took on the roles of anchor, producer, and digital media manager. I also completed internships at WJXT-TV and WJCT --Jacksonville's NPR affiliate.

Outside of work I enjoy cooking, traveling and exploring nature. One of my favorite pastimes is actually hunting for shark teeth. So, you can probably find me at the the closest thing to a beach in South Bend -- Lake Michigan! Although I won't be able to find any shark teeth around here, I'm looking forward to interacting with the community and exploring Indiana.