1 dead after plane crashes into 2 homes in South Dakota 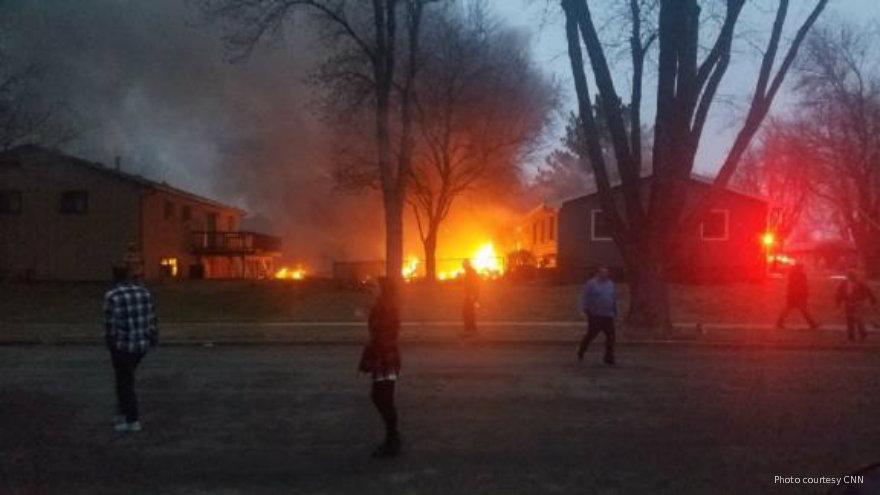 Sioux Falls Emergency Manager Regan Smith said the crash took place around 5 p.m. CT. The person who died was on the plane, Smith said during a press conference Tuesday night.

Four homes were affected by the plane crash, Smith said, two of which sustained heavy damage. The Red Cross had been contacted Tuesday evening about possibly sheltering the families of those two homes.

"We're still investigating, there may be more fatalities to come," Smith said.

Max Jamison, who lives about two blocks from the crash site, told CNN he and others drove over to help.

"(It) sounded like a plane did a nose dive into the ground," Jamison said.

"I was at a Christmas gathering with my parents when we heard the explosion and saw the fire," he said. "We ran about three blocks to the site."

A team from the National Transportation Safety Board has been called to Sioux Falls to investigate the crash, and Smith said he expects them on-site Wednesday.