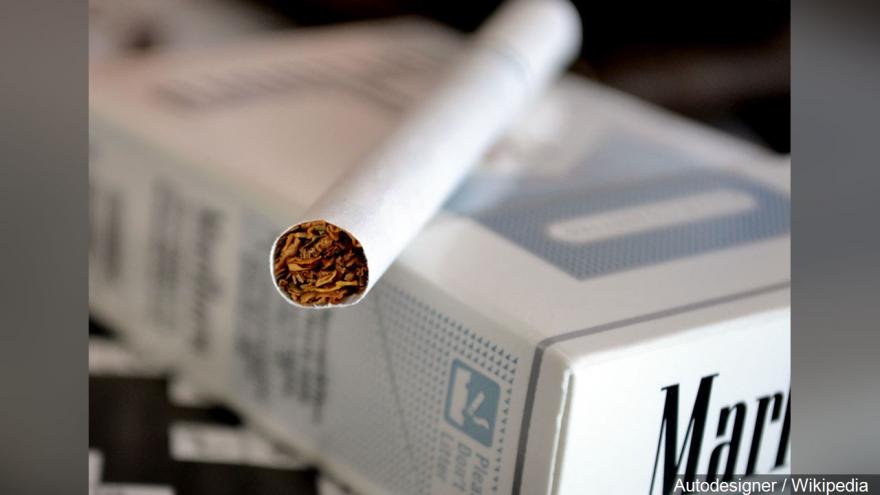 (CNN) -- About one in 14 pregnant women who gave birth in the United States in 2016 smoked cigarettes during her pregnancy, according to a report released Wednesday.

The findings, gathered by the Centers for Disease Control and Prevention's National Center for Health Statistics, revealed that 7.2% of all expectant mothers smoked -- but that the percentage of pregnant smokers varied widely from state to state.

"Despite the well-understood risk to mother and child, still, about one of every 14 women in the United States smoked during pregnancy," said Patrick Drake, senior author of the report and a demographer at the CDC's National Center for Health Statistics.

"These levels do vary widely by state, maternal age, race and Hispanic origin, and education, but any amount of smoking during pregnancy is too much," he said.

In 2011, about 10% of women in the US reported smoking during their last three months of pregnancy, and of those women who smoked, 55% quit during pregnancy, according to data from the CDC's Pregnancy Risk Assessment and Monitoring System.

Smoking while pregnant puts a baby at risk for certain birth defects. It also can cause a baby to be born too early or to have low birth weight and can raise the risk of stillbirth or sudden infant death syndrome, according to the CDC.

A spotlight turned on West Virginia

The new report is based on birth certificate data from the CDC's National Vital Statistics System.

After analyzing the data, the researchers found that the prevalence of smoking during pregnancy was lower than the overall national rate in 19 states, including California, Utah, Texas, Hawaii, New Jersey, Nevada, Arizona, New York and Connecticut, and in the District of Columbia.

Those states and D.C. each had a prevalence of less than 5%, much lower than the national 7.2%.

Thirty-one states had a prevalence higher than the national rate. West Virginia topped the list, followed by Kentucky, Montana, Vermont and Missouri.

"Women in West Virginia smoked during pregnancy more than five times as often as women in the states with the lowest prevalence," Drake said.

"Non-Hispanic white women were almost twice as likely to smoke during pregnancy as non-Hispanic black women and about six times as likely as Hispanic women," Drake said.

The prevalence of smoking also varied by education. Women with a high school diploma or GED had the highest prevalence at 12.2%, and the prevalence decreased with increasing education, dropping to 7.9% among those with some college or an associate's degree.

Among those with less than a high school diploma, the prevalence was 11.7%.

The report had some limitations, one being that the data on smoking during pregnancy were self-reported.

Since most women might be less likely to admit that they smoked cigarettes while pregnant, the prevalence of smoking could be under-reported, said Dr. Robyn Horsager-Boehrer, professor and chief of obstetrics and gynecology at the University of Texas Southwestern's William P. Clements Jr. University Hospital.

"With the birth certificate data, it's easy to use it for things like birth weights, potentially the presence of anomalies, things that are a little bit more objectively recorded during the course of a delivery," said Horsager-Boehrer, who was not involved in the new report.

"But in this case, this is the mom being asked about her use of cigarettes during pregnancy, and I do worry a little bit about a bias toward under-reporting," she said. "In some cases, even though a patient may come and report that she is not smoking, you walk into a room, and you can smell the smoke on her clothes or on her hair. They may not be aware that their presence is kind of contrary to what they're reporting."

The prevalence of cigarette smoking during pregnancy across the US came as no surprise to Dr. Haywood Brown, professor of obstetrics and gynecology at Duke University School of Medicine, who was not involved in the new report.

The perceived risk of smoking declined in the United States between 2006 and 2015, according to a separate study published Monday in the journal Drug and Alcohol Dependence.

That study included data from the National Survey on Drug Use and Health suggesting that, in 2006, 73.89% of people surveyed said cigarette smoking posed a great health risk, but in 2015, that percentage dropped to 72.89%.

"We still need very aggressive education campaigns in high-smoking-prevalence states, particularly in where there's rural access-to-care issues," said Brown, who was not involved in that study.

"We still have a serious issue with infant mortality -- prematurity and infant mortality are clearly linked to cigarette smoking, as is low birth weight -- and when you begin to explain these things to patients, it really does appear to make a difference to them," he said.

Brown pointed out that some of the states in the new CDC report with the highest prevalence of smoking during pregnancy also tend to have high rates of infant mortality. A CDC data brief released in January showed that, between 2013 and 2015, West Virginia and Kentucky had infant mortality rates higher than the overall national rate.

"The linkages between smoking and infant mortality and prematurity are real," Brown said.

Yet for many patients, pregnant or not, quitting smoking remains difficult, Horsager-Boehrer said. On the other hand, she added, pregnancy can provide an opportunity for many women to overcome their nicotine addiction once and for all.

"Pregnancy gives us an opportunity because people are frequently coming for multiple visits. So there's a lot more support, I think, during pregnancy than at any other time that somebody might want to stop smoking, and there's a lot of motivation," she said.