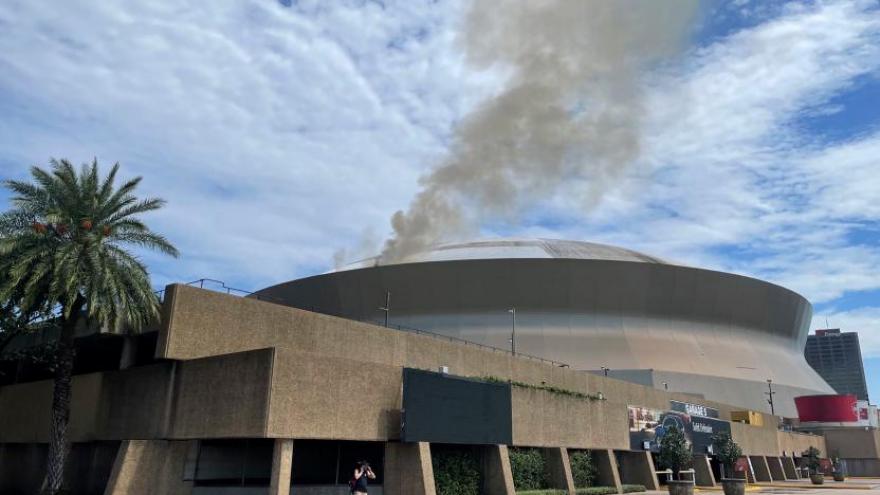 The New Orleans Fire Department responded to a fire at the Superdome on September 21.

(CNN) -- One person was injured in a fire on the roof of the New Orleans' Caesars Superdome Tuesday, authorities said.

New Orleans EMS tweeted that it transported one patient from the scene to the New Orleans University Medical Center for minor burns.

Smoke could be seen billowing from the roof of the dome, where the NFL's New Orleans Saints play.

The fire is under control, according to a tweet from the City of New Orleans emergency preparedness campaign Tuesday afternoon.

A crew was pressure-washing the roof when the fire started, according to CNN affiliate WDSU, which cited fire officials. Venue and event manager ASM Global issued a statement that the pressure washer caught fire, the affiliate reported.

Employees were evacuated from the dome about 12:40 p.m. local time, WDSU reported, and were allowed back in about half an hour later.

According to the New Orleans Fire Department, the blaze was a three-alarm fire.