1 killed, 7 others wounded in a shooting in Savannah, police say 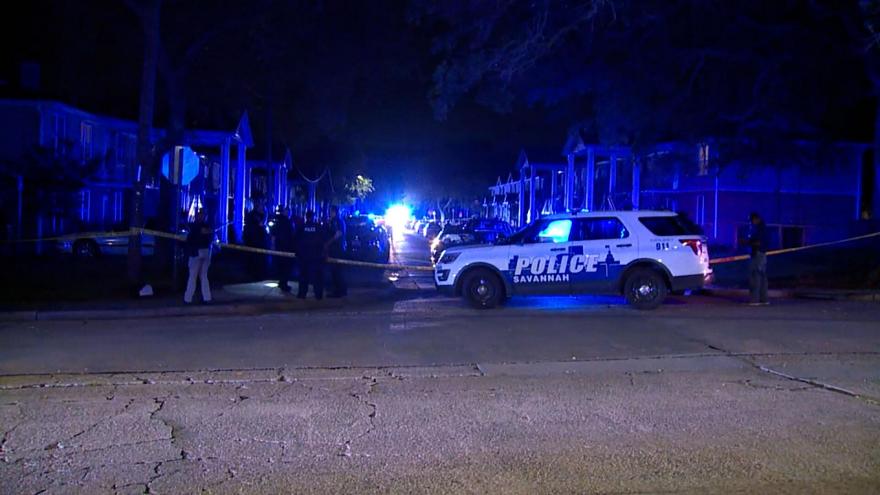 1 killed, at least 8 others are wounded in a shooting in Savannah, police say.

(CNN) -- A 20-year-old man was killed and seven others wounded in a Friday night shooting in Savannah, Georgia, according to police.

In a news conference Saturday, Savannah Police Chief Roy Minter revised the number of victims down to eight total and clarified that the victims' ages ranged from 18 months to 33 years old. Initial reports said nine people were shot -- one fatally -- and that the youngest victim was 2 years old.

In a news release, police identified the man who was killed as 20-year-old Arthur Milton. "We have, in addition to that, two other (adult) victims who are listed in critical condition at the hospital," Minter said.

The remaining victims, including the 18-month-old, suffered injuries that were not life-threatening, Minter said.

Officers responded to reports of a shooting in the 200 block of Avery Street in Savannah around 9 p.m., according to a news release from police. Several victims were found at the scene, while others had been taken to the hospital in a personal vehicle.

In the news conference, Minter said there were people standing outside a residence when a dark colored or red sedan approached. The occupants of the vehicle then began shooting into the crowd before driving off, the chief said.

The shooting "involved at least three apartments and six vehicles" that were damaged as a result of the gunfire, Minter said. "We recovered at least 60 shell casings at the scene."

Police continue to investigate what led to the shooting, and detectives were still trying to interview the shooting victims at the hospital on Saturday.

Minter pleaded with the public to come forward with any information that could help "for the sake of that 1-year-old child that was injured last night."

Investigators believe Friday's shooting "may be related to an incident that occurred at the same location" on Tuesday when the home was damaged by 10 gunshots.

At the time, however, police were unable to find witnesses and nobody would provide them with information, Minter said, calling it "very disturbing." Plainclothes officers returned to the area Wednesday but still no one would cooperate with them.

"Two days later we end up with a mass shooting at the same location," the chief said.

The shooting in Savannah was one of at least three that occurred Friday night, injuring at least 34 people. The deadly incident in Savannah, along with those in Austin, Texas; Dallas, and Chicago brought the total of mass shootings in the US in 2021 to 267, according to the Gun Violence Archive.