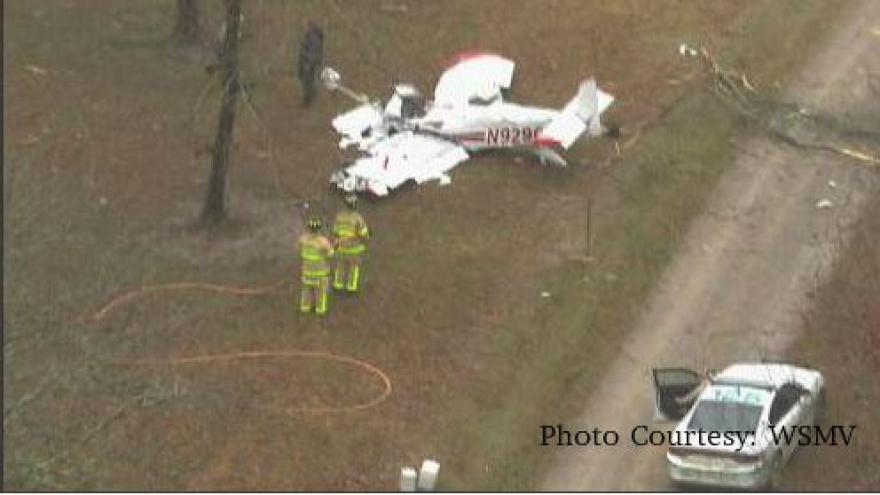 The crash was reported just before 1 p.m. at 3999 Casparis Road. The sheriff said a neighbor saw the plane and heard it crash.

According to the FAA, the amateur-built ZODIAC 601XL plane ran into trees and crashed in a field.

Several neighbors came over to help the pilot, including William Gray and his wife.

"I got on my four-wheeler, and I ran up the road. I saw the plane across the woods over there, and when I got there, the man was all slumped down in the plane," Gray said.

Gray cut up his arm trying to get the seatbelt off the man, and he shut off the plane's engine. Another neighbor try to help the pilot breathe.

"That's my instinct to run and see if I could help," Gray said.

The neighbors had hoped it was even to save his life, but he died at the scene.

"I feel for his family. You know Christmas will never be the same again for them, so a sad day. I'm very sorry for the gentleman. I don't know who he was but very sorry for this happened," said Reid.

The pilot was the only person on board at the time of the crash.

NTSB investigators will be headed to the scene Friday morning.