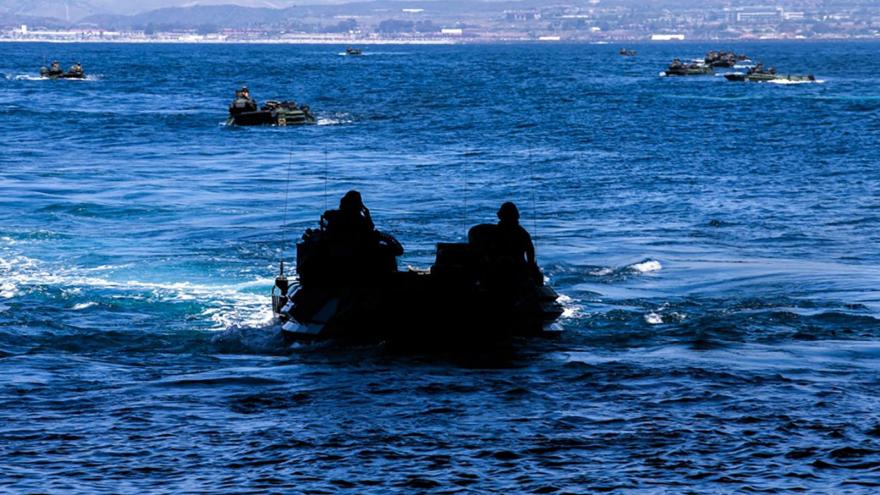 At least one Marine has died and eight others are missing after an accident involving an amphibious vehicle off the coast of Southern California.

(CNN) -- At least one US Marine is dead and eight others are missing after a training accident involving an amphibious vehicle off the coast of Southern California.

Search and rescue efforts are still underway Friday morning for the eight missing individuals with support from the Navy and Coast Guard.

At least two others were injured in the accident, which occurred Thursday, and have been transported to Southern California hospitals, according to a news release from the US Marine Corps 1st Expeditionary Force.

One is in critical condition and the other is stable, according to the Marines.

The incident occurred during a 15th Marine Expeditionary Unit and Makin Island Amphibious Ready Group routine training exercise in the vicinity of San Clemente Island, according to the Marines.

The incident began around 5:45 p.m. local time on Thursday when Marines in an amphibious assault vehicle, or AAV, reported they were taking on water. Sixteen people were inside the vehicle at the time of the accident. Eight people have been recovered.

All of the service members in the incident are assigned to the 15th MEU based out of Camp Pendleton.

"We are deeply saddened by this tragic incident," said Col. Christopher Bronzi, the commanding officer of the 15th MEU. "I ask that you keep our Marines, Sailors, and their families in your prayers as we continue our search."

The name of the Marine killed will be withheld until 24 hours after next of kin have been notified. The incident is under investigation.