One killed in a shooting at North Carolina municipal building 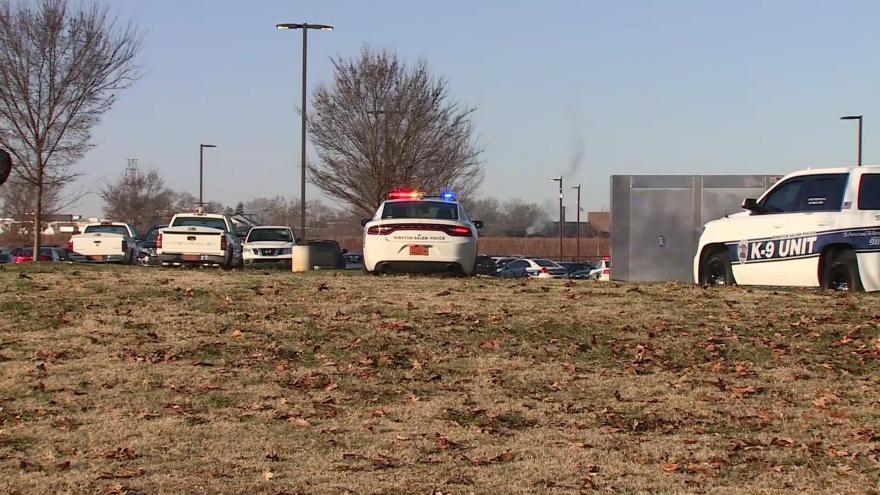 A Winston-Salem, North Carolina, city employee was killed Friday when one of his co-workers opened fire at a municipal building, officials said.

(CNN) -- A Winston-Salem, North Carolina, city employee was killed Friday when one of his co-workers opened fire at a municipal building, officials said.

Two people were injured -- one of the officers who confronted the shooter and a third city employee, Thompson said.

The two apparently had a "longstanding dislike for each other," police Capt. Steven Tollie said, stressing that it was still early in the investigation.

"The source of that dislike I don't have at this time," he said, but investigators have learned that Haizlip and Cobb had an altercation off-site on Thursday that was not reported to their employer.

"I believe that altercation, at least at this stage of the investigation, appears to be the catalyst for today's incident," Tollie said.

Police are categorizing the incident as workplace violence, the police chief told reporters, but she urged Winston-Salem's citizens to be prepared for other types of violence, such as active-shooter situations.

The North Carolina State Bureau of Investigation is investigating the officer-involved shooting aspect of the incident, according to protocol.

Police were dispatched to the Jocelyn V. Johnson Municipal Services Center at 6:37 a.m. following reports of a shooting, Thompson said.

Officers confronted Haizlip, and one of them, Sgt. Cameron Stewart Sloan, was wounded twice in the ensuing gunfight. He had surgery at Wake Forrest University Baptist Medical Center.

Police found Cobb dead inside the complex, Thompson told reporters. Another city employee, who was not identified, was found with a serious but non-life-threatening gunshot wound, she said. That victim -- who police believe was not targeted -- was also hospitalized.

Sanitation worker Dwight Black told CNN affiliate WXII he was running five minutes late when he parked. He was about to enter the building when people ran out past him and said, "They're shooting. Run!"

He went back to his car and waited until police arrived, Black said. Others got in their cars and drove away.