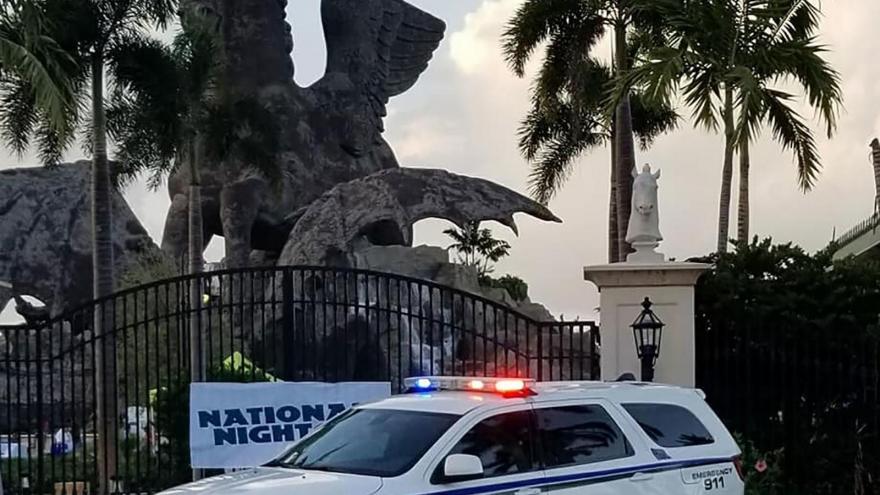 Ten South Florida police officers have resigned from the Hallandale Beach Police SWAT unit amid concerns about safety, including their feeling that they're "restrained by the politicalization of our tactics," according to CNN affiliate WSVN.

(CNN) -- Ten South Florida police officers have resigned from their city's SWAT unit amid concerns about safety, including their feeling that they're "restrained by the politicalization of our tactics," according to documents obtained by CNN.

The officers sent a letter, dated Tuesday, to Hallandale Beach Police Chief Sonia Quinones, saying they were "minimally equipped, under trained and often times restrained by the politicization of our tactics to the extent of placing the safety of dogs over the safety of the team members."

The officers also said they were displeased after the command staff took a knee with activists and others during a demonstration on Monday, according to the letter.

"Until these conditions and sentiments are rectified and addressed, we cannot safely, effectively and in good faith carry out duties in this capacity without putting ourselves and our families at this needless increased level of risk," the officers added.

Hallandale Beach is an oceanside community of about 38,000 people roughly 20 miles north of Miami.

Hallandale Beach City Manager Greg Chavarria confirmed the members' resignation in a statement obtained by CNN, saying the police chief set a meeting with the officers for Monday afternoon to "hear their concerns and collect their equipment."

The officers resigned only from the SWAT unit, not from the police department, Chavarria said.

"The City of Hallandale Beach continues to have special weapons and tactics coverage through regional mutual aid, which the City has used for SWAT operations in the past. While the voluntary resignation of our officers from this assignment is unfortunate, our residents should be assured it has not had any impact on our commitment to protecting their safety. Also, while these officers have resigned from the SWAT Team, they have not resigned from the Department," the statement read.

Chavarria also addressed the officers' concern over the command staff taking a knee during a demonstration, saying "they have incorrectly stated the gesture."

"They specifically mention their displeasure with the Chief joining members of our community in taking a knee against racism, hatred, and intolerance earlier this week. They have incorrectly stated the gesture was in support of an elected official. This is simply not true," Chavarria said in the statement.

Cities across the country have seen weeks of protests and unrest, sparked initially by last month's death in Minneapolis of George Floyd in police custody, which also spurred sweeping discussions about race relations, reform of policing and more.