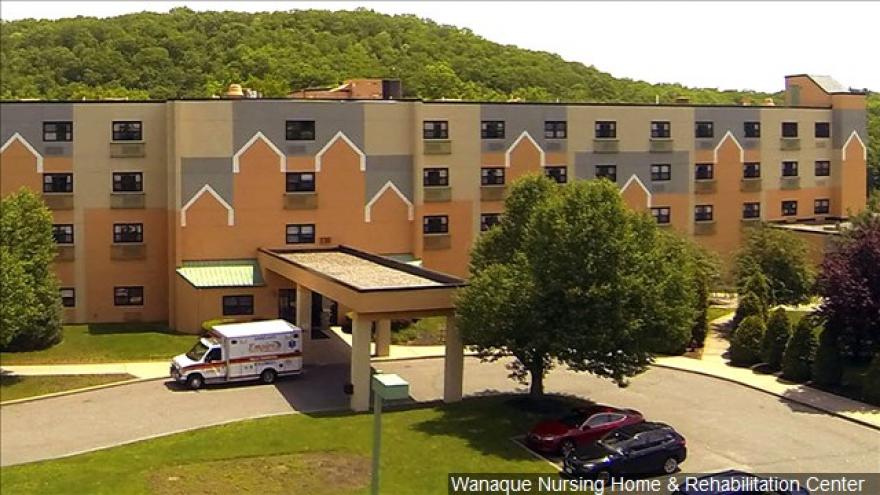 At least 27 children have been linked to the outbreak at the Wanaque Center for Nursing and Rehabilitation in Haskell, the New Jersey Department of Health said.

"To date, the individuals associated with the outbreak became ill between Sept. 26 and Oct. 29," it said. "The affected children had severely compromised immune systems — including respiratory problems — before the outbreak began."

The viruses are found on unclean surfaces and medical instruments. They may not be eliminated by common disinfectants, but they rarely cause severe illness in healthy people.

Those with weakened immune systems have a higher risk for the severe disease and may remain infectious long after they recover, the US Centers for Disease Control and Prevention says. The disease is common in places with large groups of children, such as child-care settings, schools and summer camps.

A mother whose child died as a result of an adenovirus outbreak at the facility wonders if more could have been done to help the patients, CNN affiliate WABC reports

"She's gone," Kristine Poulos said of her 16-year-old daughter, Elizabeth. "I can't bring her back. She's not coming back."

Poulos's daughter, who had required breathing and feeding tubes as part of her normal care, was transferred to another hospital with a fever but was later transferred back to the Wanaque facility, where she died last week.

While the timing of the other deaths remains unclear, the Wanaque facility said it "promptly notified all appropriate government agencies when the virus was initially identified." According to health department spokeswoman Nicole Kirgan, state health officials were notified of respiratory illness at the facility on October 9, and the facility notified parents 10 days later, on October 19.

Poulos told WABC that her daughter had been diagnosed with adenovirus at least five days before state health officials were notified. "Why wouldn't you report it sooner?" she asked.

Last week, an additional statement by the facility said the health department "continues to work very closely with the facility to ensure that all infection control measures are being followed."

The facility did not respond to multiple calls and emails for comment. It has been "instructed not to admit any new patients until the outbreak ends and they are in full compliance," according to the state health department. State health officials have said the outbreak can only be declared over once four weeks pass without an additional case.

Health experts say that the amount of time it takes to respond to a potential outbreak and notify families is variable and may depend on how long they need to investigate an outbreak, culture a virus and confirm its identity.

Victims range from toddlers to adults

Those who died at the facility range in age from toddlers to young adults, New Jersey Department of Health Commissioner Dr. Shereef Elnahal told reporters.

"The vast majority are under age 18. Some have been hospitalized, and some are being cared for at this facility," Elnahal said.

The outbreak appears to be confined to the facility's respiratory unit, he added.

"It can be difficult to impossible to know how the virus got to the facility, what its source was, or what its specific mechanism of spread is from person to person," Elnahal said. "But we are working with the CDC on this ongoing outbreak investigation."

The outbreak in New Jersey was caused by adenovirus type 7, the health department said. This type is "most commonly associated with acute respiratory disease," the CDC says. Other types of adenovirus infections can cause flu-like symptoms, pink eye and diarrhea.

"The strain of adenovirus seen in this outbreak is associated with communal living arrangements and known to cause severe illness," the state health department said.