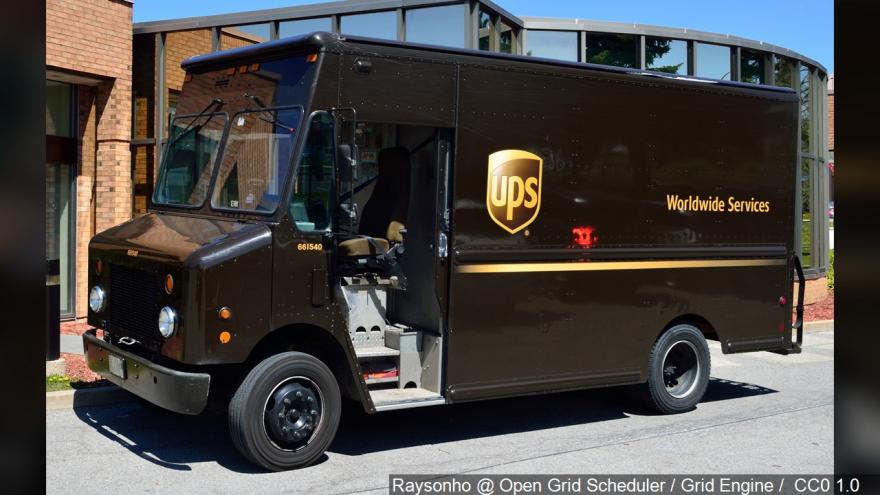 (CNN) -- Eleven people have been indicted in a drug trafficking ring involving four UPS employees, according to a news release from Arizona Attorney General Mark Brnovich.

The defendants, who were arrested in November, are accused of shipping illegal drugs and more than 50,000 counterfeit THC vape pens across the country, according to authorities.

It was not immediately clear whether the defendants had an attorney. CNN has reached out to the Arizona Attorney General.

The charges are the result of an investigation that began in 2017, when special agents learned that UPS employees were allegedly using closed business accounts to ship packages through the UPS distribution network, the release said.

"Specifically, between November 2018 and June 2019, undercover officers shipped and received packages, supposedly containing illegal drugs and illegal drug proceeds, by routing them through the shipment center in Tucson," the release said.

During the execution of two search warrants, authorities seized at least $10,000, as well as several high-end vehicles, including Corvettes, Range Rovers and Ford Raptors, Tucson police Sgt. Wally Kaderly said. It is estimated that more than 50,000 vape pens were seized, although a majority of them were not filled with THC extract, according to Kaderly.

"Because of their positions in UPS, they had knowledge in some of the vulnerabilities in their infrastructure that allowed them to traffic these drugs undetected internally by UPS and externally by law enforcement," Kaderly said.

Authorities suspect those arrested were involved with trafficking other narcotics, Kaderly said.

"UPS is aware of the law enforcement actions involving employees. We cooperate fully with law enforcement professionals and will continue to provide information as needed," company spokesman Matthew O'Connor told CNN after the arrests last month.