11-year-old boy dies, 3 others injured after a raft ride at an Iowa amusement park overturns 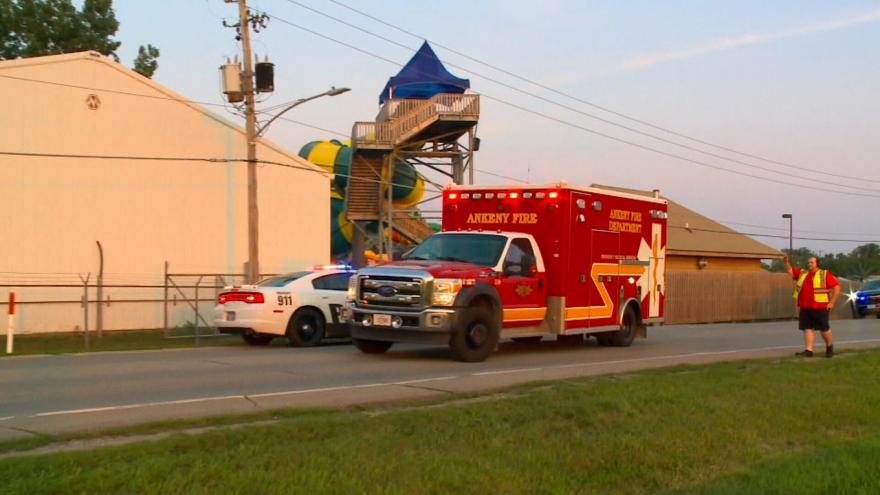 An 11-year-old boy died and another juvenile is in critical condition after a raft ride at an Iowa amusement park overturned on July 3.

(CNN) -- An 11-year-old boy died and another juvenile is in critical condition after a raft ride at an Iowa amusement park overturned Saturday.

Michael Jaramillo was on board the Raging River ride at Adventureland in Altoona, Iowa, when it flipped over. He died from injuries and another juvenile is in critical condition, while two of the other six passengers were recently released from the hospital.

The accident occurred on the first day of the park's reopening since it closed in 2020 because of the pandemic. The day before it began welcoming visitors again, the Raging River ride passed a state of Iowa inspection and was found to be in "sound working order."

Attorney Guy Cook, who represents Adventureland, said in a comment to CNN affiliate KCCI that the Raging River ride has operated since the 1980s and is safe.

"Former Gov. Terry Branstad took one of the inaugural rides on the Raging River ride in 1983," Cook said in the statement.

But this isn't the first accident the ride has caused. In 2016, Steve Booher, 68, died after falling and hitting his head on the ride's conveyor belt while working for Adventureland and helping others get on the ride, according to the Des Moines Register.

Currently, the park is open, but the ride will remain closed while the Iowa Division of Labor investigates the situation. Atloona PD declined to comment on the state of the juvenile in critical condition.

"Our priority is to respect the families involved, as they navigate the heartbreaking loss of their child," said Lt. Alyssa Wilson, public information officer for Altoona PD.