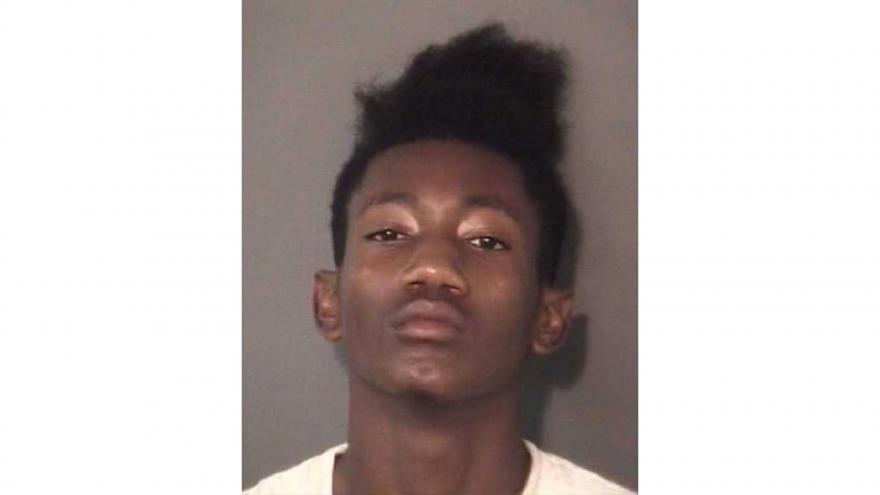 (CNN) -- An 11-year-old Little League star thwarted a North Carolina home invasion when he came out swinging a machete, striking one intruder in the head, the Orange County Sheriff's Office said.

The boy was home alone Friday morning in Mebane when intruders arrived, according to the sheriff's office, CNN affiliate WRAL reported.

While a woman knocked on the front door of his home, a man was breaking in through a window, the sheriff's office said. The boy told authorities another man waited by a car outside the house, the Raleigh TV station reported.

The man who entered through the broken window grabbed the homeowner's pellet gun and forced the boy into a bedroom closet, the sheriff's office said.

The child, described by the sheriff's office as "a star baseball player," left the closet, grabbed a machete and struck a blow to the back of the intruder's head, the station reported.

"This is very tough kid who kept his wits about him," Sheriff Charles Blackwood said in a statement.

"At the same time, I want to reflect that this youngster, his family, and indeed this community, are very lucky this event did not have a tragic ending for the child."

The wounded intruder kicked the boy in the stomach and the side of the head before grabbing a PlayStation and a television, CNN affiliate WTVD reported.

Bleeding heavily, the man then dropped the home electronics and fled with the other suspects, according to the sheriff's office.

After deputies were called to the home, they provided area hospitals with a description of the suspect and his injuries, the affiliates reported.

Jataveon Dashawn Hall, 19, of Monroe, North Carolina, was later connected to the case when he arrived at a hospital with a head injury, the sheriff's office said.

He faces charges that include breaking and entering, second-degree kidnapping and assault on a child younger than 12 when released from the hospital, according to authorities.

"Not only did this youngster thwart the larceny attempt, he created blood evidence that very well may lead to a conviction in this case," Blackwood said.