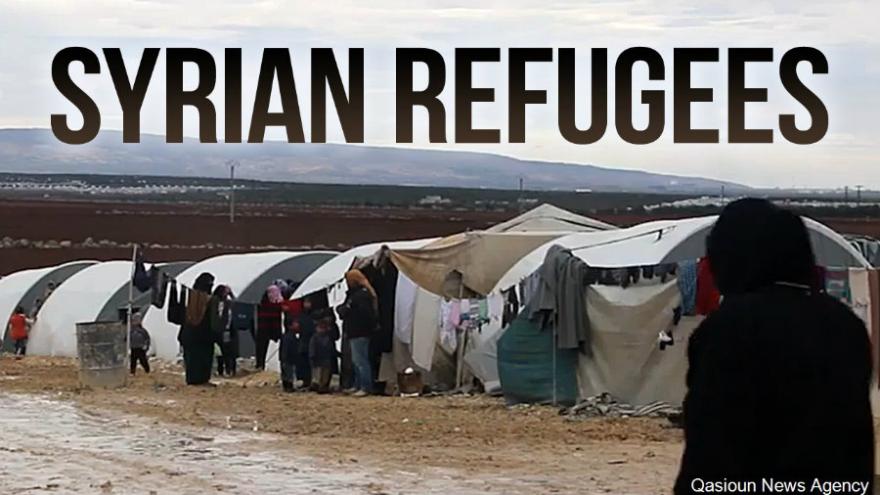 (CNN) -- The bodies of 12 Syrian refugees who crossed into Lebanon were found frozen Friday in a mountainous area near the border, Lebanon's state-run National News Agency reported.

Three children were among the dead, NNA said.

The Lebanese Civil Defense and the Lebanese army took the bodies from the spot where they were found -- on a smuggling route in al-Masnaa area -- to a hospital.

Three people who were discovered near the bodies were transported for urgent medical treatment, state news said.

An army statement gave a different toll of nine bodies and said the military saved five Syrians. Another person died later in a hospital from frostbite, the army said in its preliminary account of the incident.