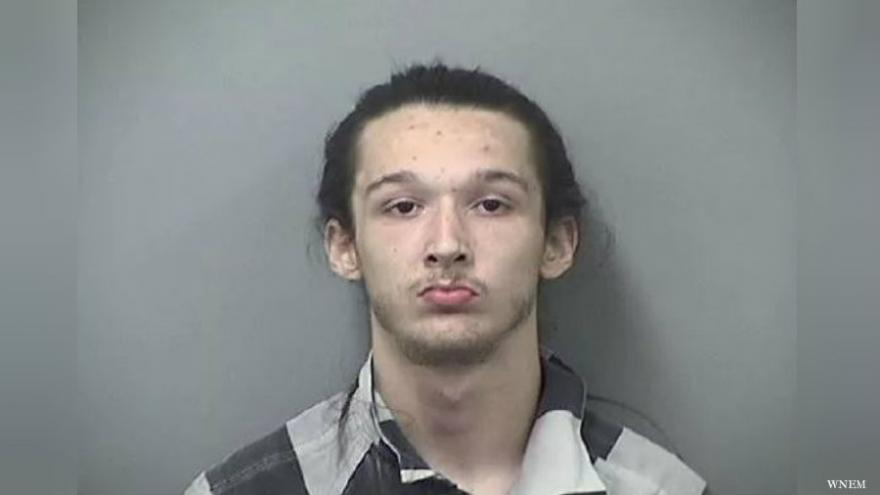 Michigan State Police Lt. Dave Kaiser said when officers arrived they found a 13-year-old boy with a gunshot to the face and neck area. The boy was taken to a local hospital and then transferred downstate in critical condition.

A hospital official on Wednesday reported the teen was upgraded to stable condition, but still in the Pediatric Intensive Care Unit at the University of Michigan Hospital in Ann Arbor.

The boy's father said he will undergo surgery on Thursday.

He said his son suffered a brain stem injury, a spine injury, optical injuries and a shattered jaw.

Enoch is currently lodged in the Saginaw County Jail on a four-count felony warrant including assault with intent to murder.

Neighbors said crime in Saginaw is creeping closer and closer to their front yard, and hearing a young teen was shot in the face may be the last straw.

"I'm scared you know. I had my grandkids with me you know. So it hurt me," said Julie Lane, neighbor.

Lane lives just feet away from where the shooting took place. She said the width of S. Granger Street is the only thing separating her and her grandchildren from the unthinkable violence.

"It feels real terrible. I can't take it anymore. I don't know. I was thinking about moving," Lane said.

Lane feels in danger. Despite her fear, she is praying a young life wasn't taken too soon.

"That's terrible, you know. God be with him. I hope he's still alive and my heart goes out to him," Lane said.