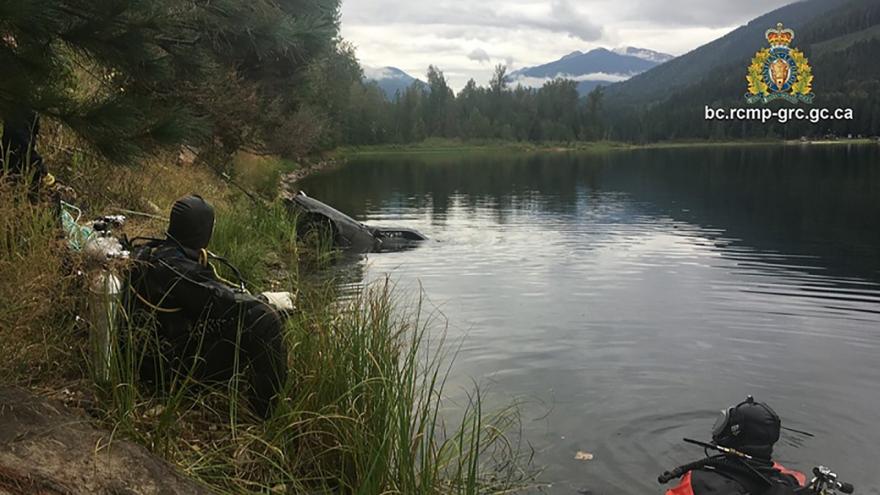 (CNN) -- A curious 13-year-old boy discovered a vehicle in a lake in Canada last month, and helped solve the case of a woman who went missing 27 years ago.

The teenager, Max Werenka, was out on a boat ride in August on Griffin Lake near Revelstoke, British Columbia -- where his family runs a business renting out cabins -- when he spotted a vehicle underwater, his mother Nancy Werenka told CNN.

They initially assumed the vehicle was related to a 2009 incident when a vehicle crashed into the lake, so they didn't think much of it. Still, they mentioned it to a Royal Canadian Mounted Police officer who happened to be visiting the next day, she said.

"We told him about the vehicle in the lake and said, 'why would they not have removed this car?'" Nancy Werenka said. "He said, 'Well, they did. What are you talking about?'"

The Revelstoke RCMP came to Griffin Lake on August 21 and went out on a boat to see the vehicle, but the angle of the sun made it difficult to see much underwater, Werenka said.

So Max brought out his GoPro and took a personal dive into the lake to get video of the submerged vehicle up close.

Three days later, police and a local tow company returned to the lake and recovered an older model Honda Accord -- with an adult woman's body inside.

The body was that of Janet Farris, of Mill Bay, British Columbia, who had gone missing in the fall of 1992 as she was driving to a wedding in Alberta, CNN affiliate CBC News reported.

"I think the worst thing was not knowing," her son, 62-year-old George Farris, said.

"We kind of assumed that maybe she had gone off the road or fallen asleep, or tried to avoid an accident or animal on the road," he said.

Griffin Lake is right along the Trans-Canada Highway, and the RCMP believe the vehicle drove off the highway into the lake, CNN affiliate CTV reported. The Revelstoke RCMP did not immediately respond to a CNN call and email for comment.

Farris said the discovery of his mother brought answers to nearly three decades of mystery.

"Given a sad situation, it's the best of all outcomes," he said, according to CBC News.

Nancy Warenka said she learned about the identification a few days ago, and that her heart goes out to the Farris family.

"I just feel for them that 27 years of your loved one missing -- how do you deal with that?" she said.

She said she was proud of her son for helping find the vehicle and handling the media attention that has come with it.

And the RCMP also praised Max's efforts in an interview with CTV.