15 children were killed in a fire at a Haiti orphanage 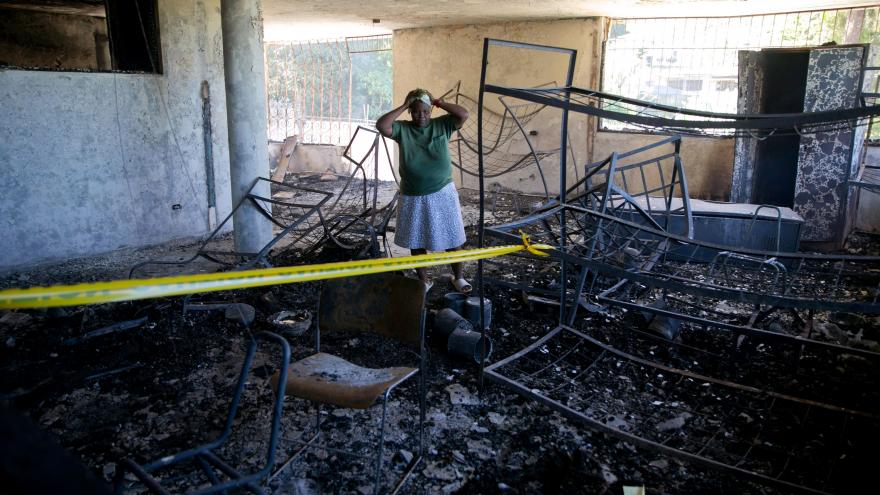 (CNN) -- At least 15 children were killed Friday when a fire broke out at a Haiti children's home run by an American religious non-profit, police said.

The blaze took place at the Orphanage of the Church of Bible Understanding in Port Au Prince, said Jennifer Melton, Haiti's chief of child protection for UNICEF, the United Nations' children's agency.

Haiti's president Jovenel Moise tweeted Friday that he was "deeply moved" by the deaths and directed officials to "adopt urgent measures" to determine the cause of the fire.

Fire officials are investigating whether a burning candle started the blaze, a police official told CNN.

Melton said about 60 children survived the fire. She noted the facility is often referred as an orphanage but in Haiti they are known was children's centers.

About 80% of the children in such facilities have a living parent, who likely can't financially support them, Melton said.

The Church of Bible Understanding, a Pennsylvania-based non-profit group, runs two facilities in Haiti housing about 150 children, according to the group's website.

The group has been operating in Haiti since 1977 and supports several other smaller homes in the country, the group said.