15 months after the Parkland shooting, the school's principal has announced he's stepping down 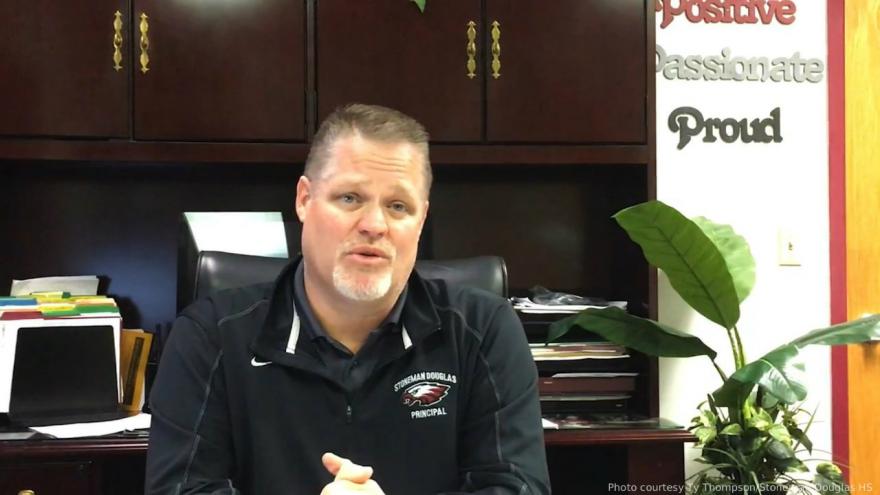 (CNN) -- Marjory Stoneman Douglas High School Principal Ty Thompson announced that he is stepping down at the end of the school year, citing the toll of the job on his health and family.

Thompson had led the school in Parkland, Florida, as it recovered after a gunman stormed the campus and killed 17 people on February 14, 2018. He was not at school that day.

Several teachers told CNN that Thompson broke down in tears when he told staff and faculty in an emotional face-to-face meeting after classes on Friday.

Broward County Public Schools is investigating four individuals, including three assistant principals and one principal, in relation to the shooting, according to Broward County spokesperson Nadine Drew. The principal is Thompson, officials previously said.

The investigation is expected to be completed by the end of the school year.

The review includes the principal's actions or lack of actions, Kathy Koch, spokeswoman for Broward schools, said in March.

In his message to students and their families, Thompson wrote: "Many have asked over the last 15 months: How I'm able to stay so strong. It's been challenging, but I always remained as positive as possible and did what I felt was in the best interest of the students and staff."

He continued, "Advisors and fellow colleagues always said take care of yourself. If at any point you feel like it is affecting your family or your health you need to make a change. That time has come."

"I wanted to stay and see this through but I just can't continue at this pace."

During the investigation, Thompson's role at the school was "to focus on recovery efforts and to provide oversight on the construction of the new replacement building," according to a statement from the school system. A co-principal was appointed to handle day-to-day operations after the shooting and a former principal at the school provided administrative support.

Thompson said he plans to attend the graduation ceremony.

"This is not goodbye, you will still see me around," Thompson said. "While I will no longer be the leader at MSD, I will continue to support the Eagle Nation, as I will always be positive, passionate, and forever proud to be an Eagle."