16,000 scientists sign dire warning to humanity over health of planet 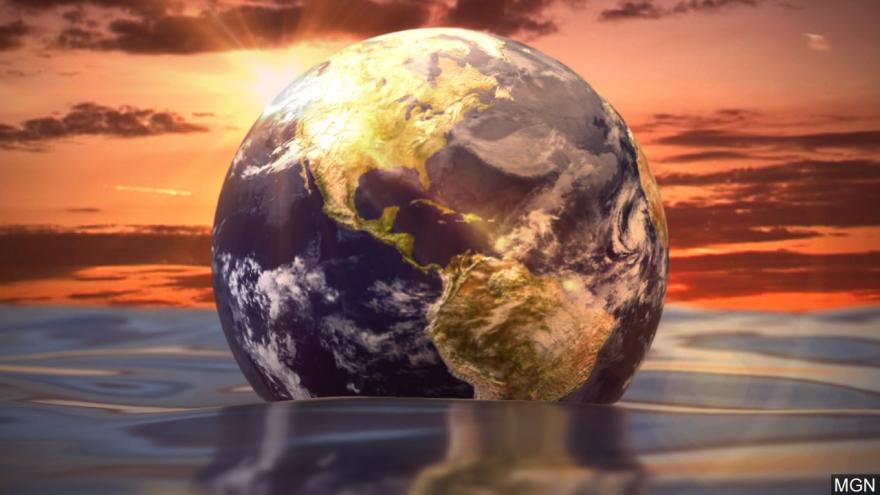 (CNN) -- More than 16,000 scientists from 184 countries have published a second warning to humanity advising that we need to change our wicked ways to help the planet.

In 1992, 1,700 independent scientists signed the "World Scientists' Warning to Humanity." The letter warned that "human beings and the natural world are on a collision course" and if environmental damage was not stopped, our future was at risk.

That letter made headlines 25 years ago, but the world still faces daunting environmental challenges. So environmental scientist William Ripple and his colleagues decided to create a new letter that has also struck a nerve. Since it waspublished in the journal BioScience on Monday, hundreds more scientists have signed on to the letter.

The letter essentially says that if there is not a groundswell of public pressure to change human behavior, the planet will sustain "substantial and irreversible" harm.

"This is not about some natural phenomenon that is removed from humans," said Ripple, a distinguished professor of ecology at Oregon State University. "If we don't have a healthy biosphere, as it is called, if we continue to have major environmental problems and climate change problems, then this goes directly to the welfare of humans. People need to understand that we are trying to save ourselves from catastrophic huge misery."

Though there have been a handful of positive changes, current data show that many environmental problems have gotten "alarmingly" worse since the last letter was penned.

Since 1970, carbon dioxide emissions have increased sharply, by about 90%. About 78% of that comes from fossil fuel combustion, such as through the use of coal to heat our homes and driving cars that use gas, and through basic industrial processes and human activity which accounts for the majority of the total greenhouse gas emissions increase from 1970 to 2011, according to the Environmental Protection Agency.

That human activity has helped raise the global average temperature. 2016 was the warmest year on record, according to NASA. In fact, the 10 warmest years on the 136-year record have occurred since 1998, according to the most recent data available.

Though the Trump administration has said climate change programs are a "waste of your money" and that climate change itself is an "expensive hoax," the data suggest that temperature increases will probably cause a shortage in the world's food crops. The weather will become more damaging, with more intense storms. Sea levels will rise and threaten coastal cities like Miami and New Orleans.

The new letter lists data showing a 75% increase in the number of ocean dead zones since the publication of the first letter. Dead zones are the areas in oceans, large lakes and rivers where marine life either dies or is driven away because the zone lacks sufficient oxygen.

Although dead zones can occur naturally, they are created largely by excessive nutrient pollution from human activities like farming and industrial pollution, according to the National Ocean Service. There are many along the US East Coast and in the Great Lakes, and the second largest in the world is in the northern Gulf of Mexico.

Scientists believe there are at least 405 dead zones worldwide, including near South America, Japan, China and southeast Australia.

That's not merely bad news for the fish that live there; it is bad news for the humans who eat the fish and other seafood that need the fish to survive. The dead zone in the Chesapeake Bay, for instance -- which measures 1.89 cubic miles, or nearly the volume of 3.2 million Olympic-size swimming pools -- results in the loss of tens of millions of fish, which both humans and crabs eat. It threatens the oysters there, too.

Despite the challenges there, the proposed Trump budget would cut cleanup funds for the Chesapeake Bay, the Great Lakes and other bodies of water with dead zones.

There has been an increasing appetite for fish, but it is getting harder to catch them. The recent revision of the US dietary guidelines urged Americans to eat more fish for heart health and weight control. More people have started to see the health benefits of the Mediterranean diet, which also emphasizes fish over meat.

The fishing industry has upped its efforts, but there has been a large drop in the harvest of wild-caught fish. In fact, a 2006 study found that all species of wild seafood could collapse within the next 50 years if more isn't done to protect these populations. About 2,300 species of fish are listed as endangered or threatened according to the National Oceanic and Atmospheric Administration.

In earlier research, scientists also predicted that this drop could compromise people's need for protein and for micronutrients, particularly in developing nations. Already, 45% of deaths among children under age 5 is due largely to health problems caused by undernutrition according to a 2013 study.

Earth has seen a 26% reduction in the amount of fresh water available per capita since the 1992 letter. If conservation efforts and industry levels of pollution don't change, UNESCO predicts that the world will face a 40% global water deficit by 2030.

Currently, 20% of the world's aquifers are being over-exploited.

Investment in water infrastructure has gone up globally and in the US, but some scientistsquestion whether that investment will be enough.

Most deforestation has happened in tropical areas, but the US has also lost significant forest land. Studies have projected that with US population growth continuing as predicted, the country could lose 50 million more acres by 2050.

There is some hope when it comes to forests though, as studies have shown that deforestation has slowed and more forests are better managed globally, suggesting that if humans put their minds to it, negative environmental trends can change.

There has been a 35% increase in the human population since the 1992 letter, putting a strain on the increasingly limited number of available natural resources. That trend is not expected to change any time soon.

Researchers predict that there will be nearly 10 billion people living on Earth by 2050, according to the United Nations, with much of the population growth occurring in developing nations with the highest fertility rates but also the lowest food security.

Progress has also been seen when it comes to slowing growth, in the form of increasing education for women and girls and concentrated family planning efforts.

There has been a nearly 29% collective reduction in the number of animals in the world since the 1992 letter. Scientists say we are living in the sixth mass-extinction event, which means three-quarters of all species could disappear in the coming centuries.

A 2017 publication also looked at a well-studied group of 177 mammal species and found that all of them had lost at least 30% of their territory between 1900 and 2015; more than 40% of those species "experienced severe population declines," meaning they lost at least 80% of their geographic range during that time. Put another way: This particular extinction is "more severe" than previously thought.

In the past 25 years, ozone depletion is the one significant positive trend.

There had been a steady decline in the Earth's ozone layer, caused in part by gasses released by aerosol spray cans and refrigerants, reducing the ozone layer's ability to absorb ultraviolet radiation.

After 1987, when the world's governments came together to craft the United Nations Montreal Protocol, emissions of ozone-depleting gasses decreased significantly. The ozone is expected to see a significant recovery by the middle of the century.

The effort to help the ozone is one example, Ripple said, that when people come together to work on something, they can make a huge impact. That's what he hopes the new letter will accomplish.

In addition to seeing more scientists sign the letter after its publication, Ripple has been overwhelmed by the number of other people who have reached out, some sending poems and songs that they have created about the environment, and pledged to help.

Ripple and his co-authors aren't sure what the next steps will be, but like many a manifesto writer before him, he is hopeful, despite the dire tone of the letter.

"I'm an optimist," he said. "My hope is that this letter triggers a worldwide conversation about these environmental and climate trends and perhaps more fundamentally that it can raise people's awareness of the seriousness of global environmental problems so we can come together. It is so important to work together as a human race to make a sustainable future on planet Earth."