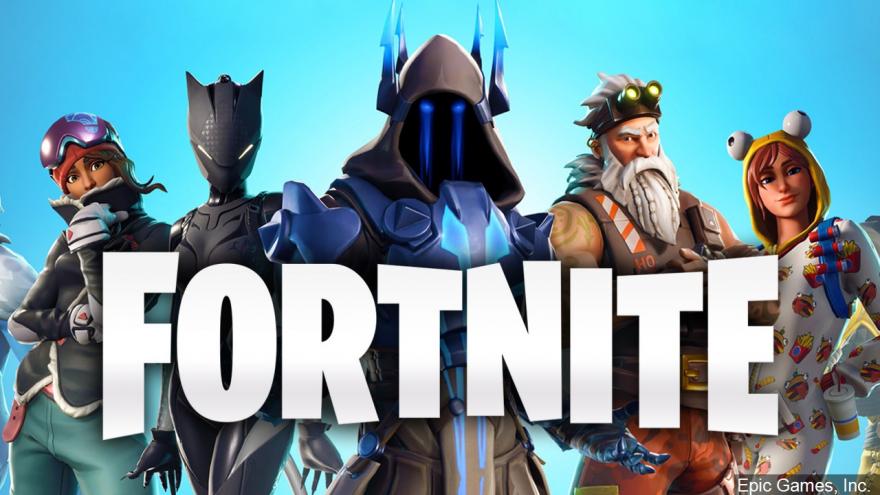 (CNN) -- Fortnite has wrapped its first-ever massive sporting event in New York's Arthur Ashe tennis stadium. It was anyone's game: It didn't matter how famous a player was nor what large organization was backing each member of the all-male playing field.

Beating out other pros and famous streamers, Kyle 'Bugha' Giersdorf, 16, made a name for himself by dominating from the first round and ultimately taking home the $3 million grand prize for individual players. That's the largest-ever payout for a single player in an e-sports tournament.

After securing a victory in the first round and nine in-game kills, Giersdorf went on to rack up dozens of in-game kills each round, until he ended up with 59 points — a huge lead over the second-place winner.

"Words can't really explain it. I'm so happy," Giersdorf said."Everything I've done in the grind has all paid off and it's just insane."

He said that in the last round, after finding a safe spot to scope out enemies and collecting a lot of loot to use as ammunition, his championship win "was pretty much sealed from there." After celebrating his win, he turned around to hug his family members who had traveled from his hometown in Pennsylvania to see him play.

At 24, Chang was one of the oldest competing on Sunday.

"It's great representing the old dudes: Experience and composure trump everything," Chang told CNN Business. "Fortnite is a young man's game though."

He said he plans to either "gamble it all or invest" his money, but hasn't decided yet.

The stadium was more packed Sunday than on previous days, when Epic games hosted a duos tournament and an amateurs vs. pros competition. More than a million viewers tuned in to watch online, according to Twitch, YouTube and Fortnite in-game stats.

Giersdorf's social media accounts, including YouTube and Twitter, have grown exponentially in followers after his win. He's signed to Sentinels, an e-sports organization based out of Los Angeles.

Unlike Saturday's European duo champions, Aqua and Nyhrox, who were relatively lesser known on the global stage, Giersdorf already has established a presence in the competitive Fortnite scene — but the World Cup certainly solidifies it more.

"He's such a good player, it's impossible to not know who he is," said Perri Cox, 17, who attended the Fortnite World Cup for all three days with several of her friends she met online playing the game. "I don't think casual players knew of him. But if you were following the competitive side of things, you definitely were aware of him."

In fifth place was 13-year-old Thiago Lapp — also known as "King." Lapp is the only non-American to make top five, and represents Argentina and, more broadly, the South American Fortnite region. Thirteen is the minimum age to compete in the World Cup.

Lapp made waves during Sunday's competition for playing extra aggressive, chasing down enemie sat times when he didn't need to pick fights. He accumulated dozens of points from in-game kills alone, earning $900,000.

"I'm still shook. At such a young age, I can really say I'm living the dream," Lapp told CNN Business. "I want people to recognize that there are pros in South America, since we're basically not considered relevant in the e-sports world."

He said he played aggressively because in South America "most of the players I faced were of average skill level so it's been easy to outplay them."

Everyone who participated in the games on Sunday, including those who placed last with no points at all, takes home at least $50,000 for playing. That makes this one of the biggest tournaments in e-sports so far. Epic Games is promising there will be more competitive events later this year.