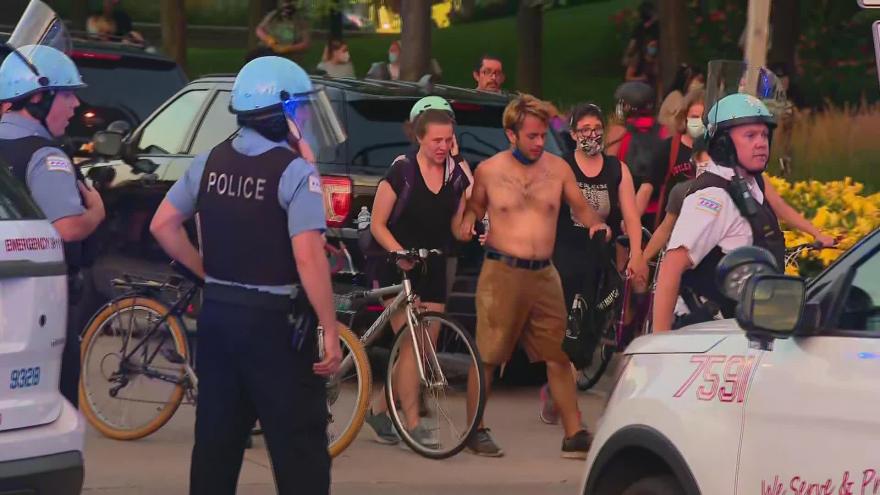 (CNN) -- Eighteen Chicago Police officers were injured in a protest Friday, the department said in a statement.

A large group gathered for a protest around 4:20 p.m. local time, the department said. Officers were there "providing security and protecting their First Amendment right to peaceful assembly," the statement said.

Approaching a statue of Christopher Columbus, some people in the crowd used rocks, fireworks, frozen bottles and other objects to attack officers, the statement said.

The attack resulted in 18 officers injured, the statement said. Some were taken to area hospitals by paramedics for further treatment and some were treated at the scene.

About 12 people were arrested and could potentially face charges that may include battery to a police officer, mob action, and/or other felonies, according to the statement.

The incident comes two days after three NYPD officers and a top chief were injured after a clash with protesters.

A 24-year-old female was arrested for striking the officers with a cane as they tried to arrest a protester, the department said.

"Three officers violently attacked by protesters crossing the Brooklyn Bridge," the department said on its verified Twitter page. "The officers sustained serious injuries. This is not peaceful protest, this will not be tolerated."