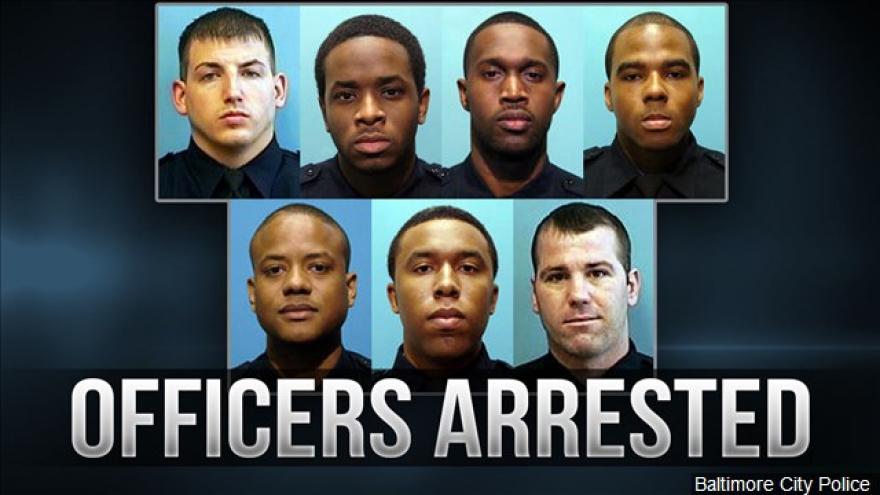 (CNN) -- The arrests of eight Baltimore police officers on racketeering charges earlier this year may affect more than 2,000 criminal cases, a major increase from previous estimates, according to the public defender's office.

The affected charges stem from the arrest of officers with the Gun Trace Task Force, a specialized force that dealt with investigating firearms offenses.

In March, seven officers from the task force were arrested on federal racketeering charges and were accused of claiming fraudulent overtime, filing false affidavits and stopping residents -- some of whom were not accused of any crimes -- to seize their money. An eighth officer was arrested in August on similar charges.

In one instance, officers stopped a maintenance supervisor at a nursing home and stole $1,500 from him that he was planning to use on rent, according to the indictment.

"These are really robberies by people who are wearing police uniforms," then-Maryland US Attorney Rod Rosenstein said at the time.

Two of those officers pleaded guilty to charges in July.

The public defender's office counted more than 2,000 cases that can be called into question because they are connected to those eight officers, according to Debbie Katz Levi, the head of the office's Special Litigation Section.

Katz Levi said her office compiled the number of cases involving each of those eight officers going back to the year when the indictment says their alleged corruption began.

"We're not using a secret formula," she said.

About 70 people with affected cases are still in state custody, she told CNN.

However, the Office of the State's Attorney for Baltimore City said that about 846 cases have been or will be impacted by the officers' actions, including 277 cases related to the indicted officers.

A total of 569 other cases may be affected by three separate instances of possible misconduct caught on body-worn camera, according to the State's Attorney. One video, released by the Office of the Public Defender, appeared to show an officer planting drugs at the scene of an arrest in January.

"We will continue to share the progress of this comprehensive review of the impacted cases with the community," State's Attorney Marilyn Mosby said in a statement.

"Public trust is essential to the success of the criminal justice system and our ability to effectively prosecute crime. We will do our part to minimize any erosion to this trust and remain vigilant in our pursuit of justice."

Katz Levi's announcement comes three weeks after Baltimore police Officer Sean Suiter, 43, was shot and killed with his own gun after a struggle with an unknown killer.

Suiter was killed a day before he was scheduled to appear at a federal grand jury to speak to what he knew about a 2010 corruption case.

Police Commissioner Kevin Davis said he was told Suiter was not a target of the investigation and that there was no information connecting his murder to the corruption case. Still, he called on the FBI to investigate his slaying.

"I am growing increasingly uncomfortable that my homicide detectives do not know all of the facts known to the FBI or USAO that could, if revealed to us, assist in furthering this murder investigation," he said.