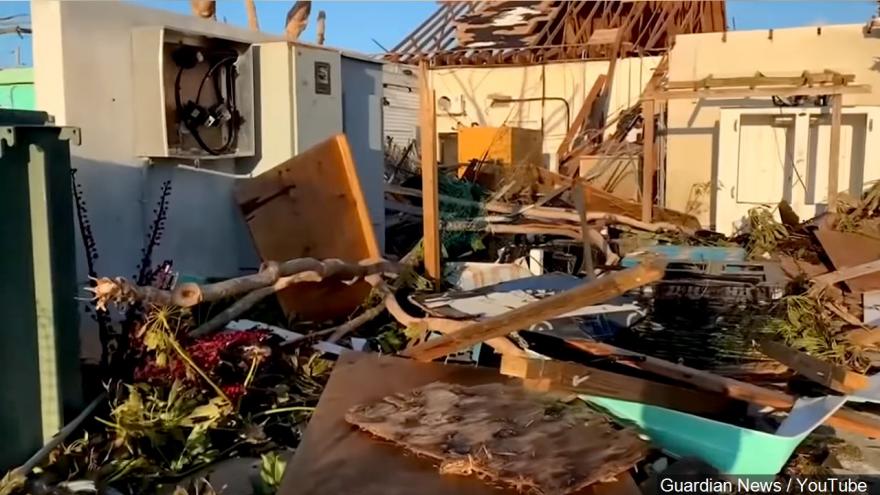 (CNN) -- An estimated 2,500 people are listed as missing in the Bahamas after Hurricane Dorian crashed ashore nearly two weeks ago, the government said.

Dorian flattened homes after it made landfall on September 1, killing at least 50 people, officials said. The death toll is expected to go up as search-and-rescue crews scour through the ruins in Grand Bahama and Abaco islands.

The list is preliminary and all the names have not been confirmed against government records and evacuees, said Carl Smith of the Bahamas' National Emergency Management Agency.

He urged people to continue submitting missing persons through the hotline or visiting the social services office, which is handling the missing people register.

"As we are able to cross-reference our data sets, we will be able to inform family members and reunite survivors with loved ones," he said.

Hurricane Dorian tore though the islands as a Category 5 -- the strongest hurricane ever to make landfall in the Bahamas.

The first sweep of hard-hit northern islands -- where some 70,000 people have lost almost everything -- has been completed, including at least a first check for anyone in need of rescue, food or water and an assessment of damage and sanitation needs, said Daniel Gajewski of Fairfax County, Virginia's Urban Search and Rescue team.

"Lately it has been a lot of reconnaissance, a lot of building structures, and then from there we're getting a pulse on the locals," said Gajewski, who was deployed through the US Agency for International Development, or USAID.

Dorian's official death toll in the Bahamas now stands at 50, police said, though the grim number is expected to rise.

Bahamian Prime Minister Hubert Minnis said the government is working to set up temporary housing for those who lost their homes, adding that he visited shelters in New Providence that are providing temporary housing to evacuees from Abaco and Grand Bahama. He warned against re-circulating "false information" that was spreading discord in the community.