2 Fort Bliss soldiers in ICU, 9 others hospitalized after ingesting chemical used in antifreeze 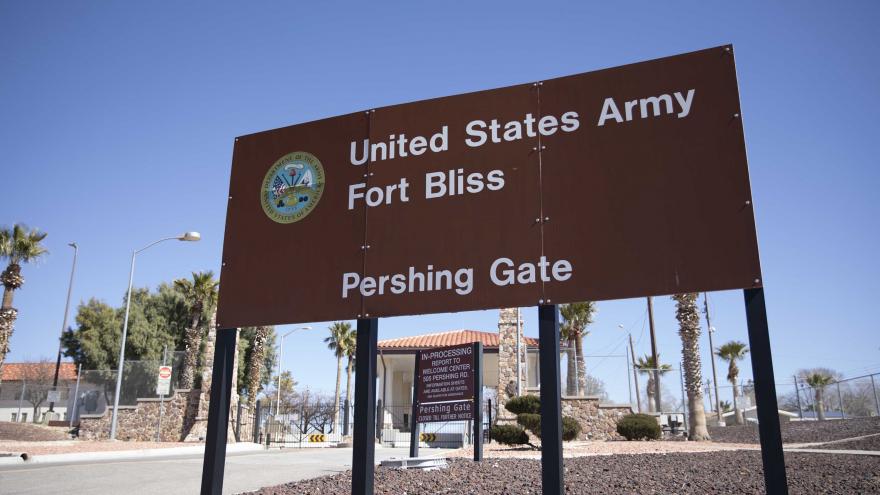 The U.S. Army Fort Bliss base stands in El Paso, Texas, U.S., on Tuesday, Feb. 12, 2019. President Trump, while making his case for building a wall along the U.S.-Mexico border, has repeatedly claimed that crime rates dropped in El Paso after a barrier along the the border with Juarez was built a decade ago. - Adria Malcolm/Bloomberg/Getty Images

The soldiers drank a substance during a field training exercise "thinking they were drinking an alcoholic beverage," the statement read, noting alcohol is banned on such exercises. Subsequent toxicology tests revealed the presence of ethylene glycol. Nine other soldiers are also being treated at the hospital in a non-critical care unit as part of the incident.

"The circumstances of how the Soldiers ingested the substance are under investigation by the U.S. Army Criminal Investigation Command (USACIDC). There is no reason to believe there is any threat to the greater Fort Bliss community," the statement read.

The unit was undergoing a field training exercise Thursday when the incident happened.

The soldiers are receiving care at the William Beaumont Army Medical Center.

The incident was reported in a news release Thursday from Fort Bliss Public Affairs.

CNN has also reached out to the Department of Defense.

This story has been updated with a statement from Fort Bliss.