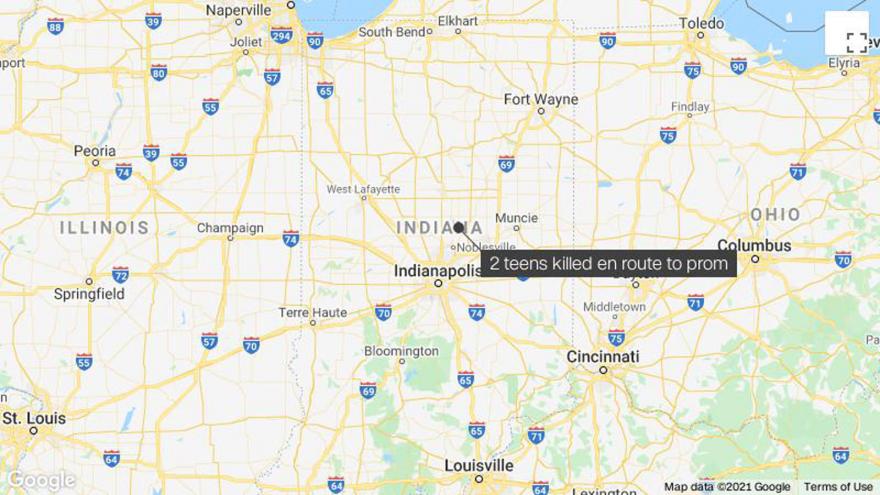 (CNN) -- What was supposed to be a jubilant rite of passage was replaced by grief and tragedy in Indiana on Saturday.

The crash happened around 5:15 p.m. in Arcadia, about 40 miles north of Indianapolis. When officers arrived, both students were found deceased.

Byram was a student at Cathedral High School, the Indianapolis private school said.

Two other students were in the car with Hart and Byram but suffered non-life threatening injuries.

The driver of another vehicle involved in the crash was also a high school student but declined medical attention, McClain said.

The cause of the crash is under investigation. There were no immediate signs that drugs or alcohol were involved, McClain said.

All Hamilton Heights prom activities were canceled due to the news.

"It is with deep sadness and a heavy heart that we have been informed that two students involved in this accident died from their injuries," HHSC posted on Facebook Saturday evening. "At this time all scheduled prom activities will be canceled."

Grief counselors and support staff are available Sunday for students and their staff, the HHSC said. The school corporation also provided information from the National Child Traumatic Stress Network.

"Grief is personal and everyone experiences and processes loss and trauma differently," the HHSC said. "This is an unimaginable loss for these families and our school community."