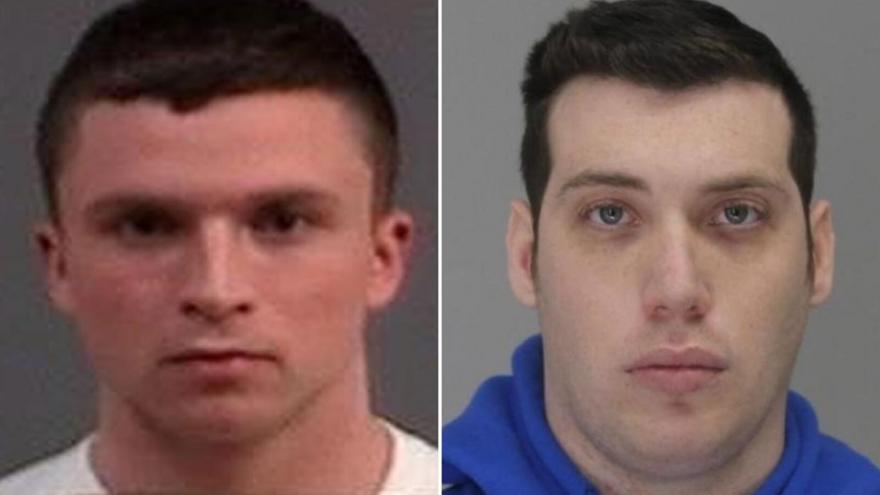 The arrests on Wednesday of Mitchell Ryan and Robert Joseph Scianna came nearly five months after federal prosecutors in Chicago accused "Cheer" star Jeremiah "Jerry" Harris of "enticing an underage boy to produce sexually explicit videos and photos of himself." He was later indicted on additional charges.

The "Cheer" docuseries follows the cheerleading squad from Navarro College in Corsicana, Texas. The series debuted on Netflix in January 2020.

Ryan, 23, was arrested by police in Coppell, Texas, on a charge of aggravated sexual assault of a child on July 24, according to Dallas County Sheriff's Department records.

Details of the case were not immediately available. CNN has reached out to police and prosecutors for additional information.

Ryan was booked on Thursday and released early the next morning on $50,000 bond.

"Mitch and his family were surprised by this arrest," Ryan's attorney, Jeremy Rosenthal, told CNN Saturday. "There are two sides to every story and we are confident Mitch's name will be cleared."

Ryan was a member of the Navarro College squad featured in "Cheer" but is not on the current roster.

Scianna, a two-time World Champion cheerleader, was arrested in Virginia after soliciting sex from a juvenile online through a social media platform, according to Chesterfield County Police.

Scianna, 25, is charged with taking indecent liberties with a child and using an electronic communication device to solicit sex, police said. He arranged to meet a juvenile whom he came to know through social media for sex, police said in a statement.

He was being held in the Chesterfield County Jail without bond, police said.

CNN has reached out to Scianna for comment. It was unclear if he has an attorney.

Chesterfield County Police are still investigating and asked anyone with information to contact them.

Scianna's website says he is a National Cheerleaders Association Champion, Majors Champion and a two-time World Champion who has cheered for numerous programs in the US and traveled to more than 13 countries coaching and choreographing routines.

Scianna appeared in one episode of "Cheer," where he posed for a late-night photo shoot with another famous cheerleader, Gabi Butler.

In December, Harris was indicted on new federal charges of allegedly enticing minors to engage in sexual activity, including soliciting them to send him sexually explicit photos or videos of themselves, according to court documents.

A lawsuit filed by two accusers in September alleged that Harris "exploited his popularity and position of fame with young male cheer athletes," and that he often attempted to make them "meet Harris in secluded locations at various competitions, soliciting sexual conduct with these boys."

A spokesperson for Harris said in September: 'We categorically dispute the claims made against Jerry Harris, which are alleged to have occurred when he was a teenager."

A Netflix spokesperson, in a statement after the lawsuit was filed, said: "Like everyone we are shocked by this news. Any abuse of minors is a terrible crime and we respect the legal process."

CNN has reached out to Netflix for comment on the latest arrests.