2 moms were scolded for breastfeeding at a pool, others joined them in protest 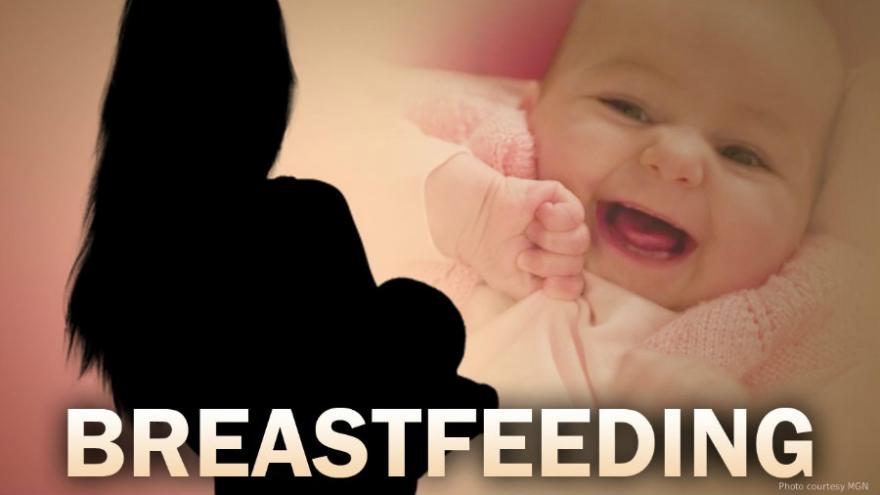 (CNN) -- Two moms were asked to leave a public pool in Minnesota last week because the staff said they were making other patrons uncomfortable when they breastfed.

Just days later, more than a dozen moms returned to the site of the confrontation to publicly nurse their children.

Some drove as far as 90 miles for the "nurse-in" Saturday near the Mora Aquatic Center, about 70 miles north of Minneapolis.

"It was really emotional. It's amazing," Stephanie Buchanan told CNN affiliate WCCO. "We're really, really thankful for all of the support that we've received."

Buchanan and her sister-in-law, Mary Davis, took six kids to the Mora Aquatic Center on Wednesday for a swim.

When Buchanan's 3-month-old son got fussy at the kiddie pool, she decided to feed him.

Buchanan slipped down the strap of her one-piece to feed Roman, but she was interrupted by another guest.

"A patron came up, a lady, at the pool and told me that I needed to cover up because her sons were swimming," Buchanan told WCCO.

A staff member also approached Buchanan and asked her to be more discreet or go to the locker area, she told the station.

She refused. Police were called, and Buchanan and Davis, who also had breastfed her baby in the wading area, decided to leave.

"People have no problem seeing puppies feed from their mama," Davis told WCCO. "But the minute mama's breastfeeding, some people, it makes them uncomfortable. ... They have a certain set of expectations how a mother should breastfeed."

The moms plan to file discrimination claims against the city of Mora and Kanabec County. Buchanan also wrote about the episode in a Facebook post, prompting Saturday's "nurse-in."

Minnesota law says a mother can breastfeed in any place, public or private. That includes public swimming pools.

"A mother may breast-feed in any location, public or private, where the mother and child are otherwise authorized to be, irrespective of whether the nipple of the mother's breast is uncovered during or incidental to the breast-feeding," the statute says.

The city wrote on its website that it supports nursing mothers and noted that the situation at the kiddie pool made some people uncomfortable.

"We apologize to Ms. Ellingson-Buchanan and Ms. Davis if they were offended by how they were treated. Although we cannot anticipate all possible scenarios, City policies and procedures will be reviewed and revised as deemed necessary," the statement says.

All 50 states, the District of Columbia, Puerto Rico and the Virgin Islands have laws that specifically allow women to breastfeed in any public or private location, according to research by the National Conference of State Legislatures.