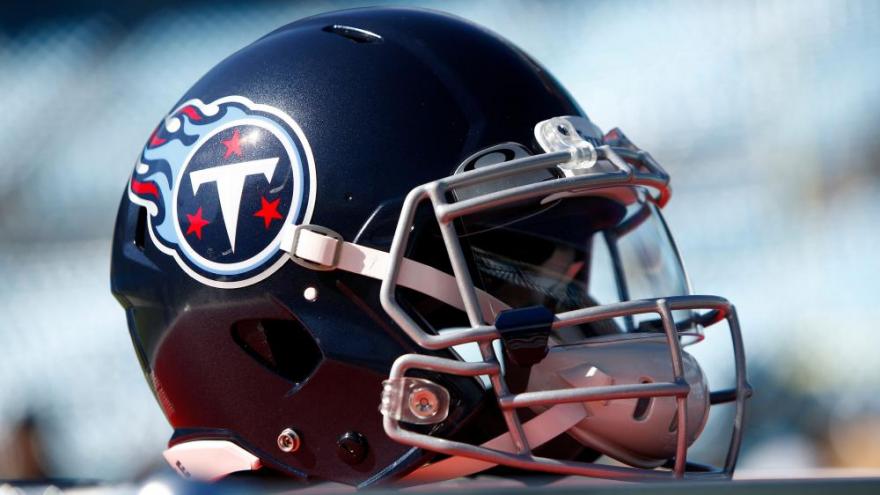 The three Titan players have tested positive for coronavirus.

(CNN) -- Three Tennessee Titans players have tested positive for Covid-19, forcing that NFL team and the Minnesota Vikings, who played the Titans on Sunday, to suspend in-person activities.

The Titans tests came back Tuesday morning confirming three players and five staff members were positive for the virus, according to a joint news release from the NFL and the players union. The Vikings have not announced any positive cases.

"Both clubs are working closely with the NFL and the NFLPA, including our infectious disease experts, to evaluate close contacts, perform additional testing and monitor developments. All decisions will be made with health and safety as our primary consideration."

The Vikings released a statement confirming that the team has had no positive tests following Sunday's game and that its facilities would be closed, per NFL safety standards.

The NFL opened its season in mid-September with no fans in most stadiums and some top players opting out because of coronavirus concerns. For a full-contact sport like football -- in which it's virtually impossible to avoid being close to others, even under the strictest guidelines -- it was all but certain players would test positive, experts said.

It is unclear how long the facilities will remain closed, or whether either team will be allowed to play Sunday. The Pittsburgh Steelers are preparing as normal for their match-up with the Titans, the team said in a statement released to the NFL Network.

"We have been in contact with the NFL regarding the positive COVID-19 tests with the Titans. We have been informed to proceed with our game preparations for Sunday's game until we are informed otherwise. We will provide more information when available," the statement said.