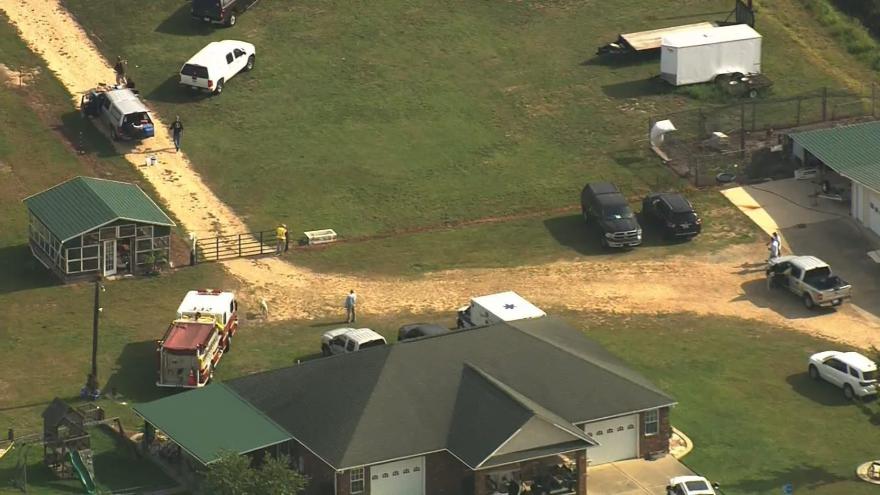 (CNN) -- Two agents with the North Carolina State Bureau of Investigation's Bomb Squad were injured, one critically, in an explosion Friday morning in an eastern county, the SBI said.

Jimmy Tyndall, 33, is in custody, Sampson County Sheriff Jimmy Thornton told reporters. The explosives had been found in a car Tyndall was driving and at his residence, Thornton said.

Agents Timothy Luper and Brian Joy had been called in to help after Sampson County deputies found homemade bombs and bomb-making materials in a search after a traffic stop Thursday afternoon. The explosion happened as the agents were working to dispose of the material, the SBI said in a statement.

Deputies on Thursday stopped Tyndall's vehicle and found pipe bombs during a search, Thornton said. The sheriff said he thought the driver had been stopped for speeding, but then the officers noticed the explosives.

"Once they began looking, the devices were readily seen," Thornton said. "At that point, then everybody backed away and did nothing else until the SBI bomb squad arrived."

Two bombs were found in the vehicle. That led to a search of Tyndall's residence, where three more were found, according to Thornton.

"I don't think his (Tyndall's) intention was to blow anything up," Thornton said. "I think it was just one of those things he got off on."

Joy was airlifted to a burn center in Chapel Hill for treatment and is in critical condition, the SBI said.

Officials on Friday said state and federal agents were at the residence to investigate and dispose of any bomb-making materials. "As a result, explosions may be heard during this time," the SBI said.