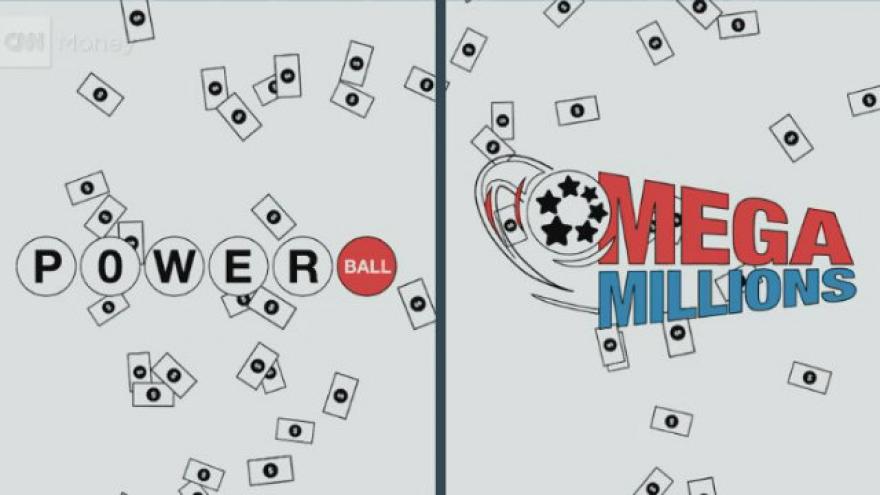 Two tickets matched all winning numbers on Saturday and the winners will split the estimated $687.8 million jackpot or a one-time cash option of $396.2 million -- the fourth largest in US lottery history. Photo courtesy CNNMoney

(CNN) -- It's a split! Players in Iowa and New York will share Saturday's massive Powerball jackpot.

Two tickets matched all winning numbers on Saturday and the winners will split the estimated $687.8 million jackpot or a one-time cash option of $396.2 million -- the fourth largest in US lottery history.

It's still unclear how many people won Powerball's top prize.

The total jackpot was slightly adjusted from an estimated $750 million based on the actual drawing sales.

The largest Powerball jackpot was $1.586 billion and it was split three ways in January 2016.

Saturday's total jackpot was surely mind-blowing. Just imagine, if you had it all in $100 bills it would make a stack nearly as high as the tallest tower in the world, the Burj Khalifa in Dubai, according to the Powerball website.

The Burj Khalifa is twice the height of New York's Empire State Building and three times as tall as the Eiffel Tower in Paris.

Powerball has paid out its top prize only seven times this year, lottery officials said. Before Saturday's drawing, there were 21 drawings without a winner. The last winning ticket that took home the jackpot was sold in New York in August.

But don't throw away your ticket yet, there are plenty of secondary prizes. Lottery officials say two tickets in Florida and Texas won $2 million and 13 others in nine states won $1 million each.

Each Powerball ticket is $2. The game is played in 44 states, Washington, D.C., Puerto Rico and the US Virgin Islands.