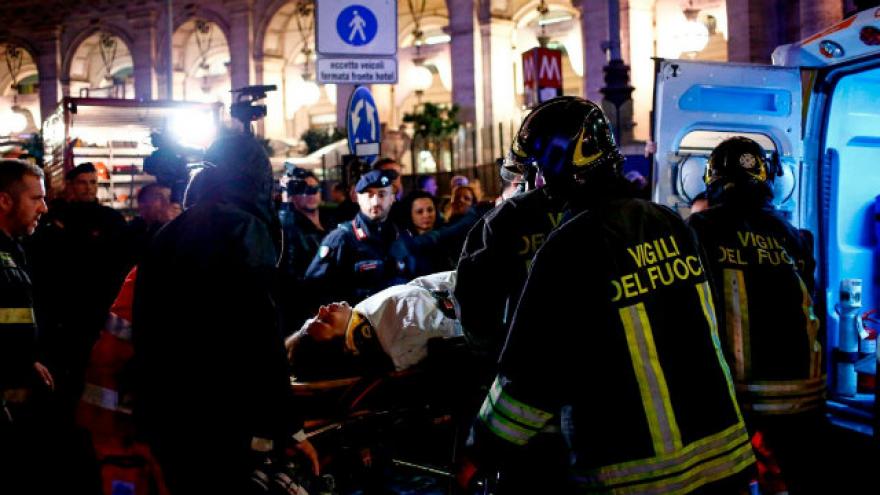 (CNN) -- Twenty people have been injured after an escalator malfunctioned and rapidly sped downward at a Rome metro station, leaving passengers in a jumble at the bottom, Italian officials say.

Most of those involved in Tuesday night's horrifying accident at Repubblica metro station were Russian football fans on their way to attend a Champions League match between Roma and CSKA Moscow, a spokesman with Italy's Fire Brigade said.

Fire brigade spokesman Luca Cari said that the cause of the accident is still being investigated and that one person was seriously injured.

In footage on social media, people can be heard screaming as dozens are thrown toward the bottom.

On Twitter, Rome's fire brigade said those injured have been taken to a hospital.

It also posted a picture of the escalator steps, which have been mangled due to the apparent malfunction.

Rome Mayor Virginia Raggi posted a Facebook live video from the scene and said that she expresses her "solidarity to the injured" and that authorities need to understand what's happened.

She said that it appeared that "some Russian supporters were dancing and jumping on the escalator."