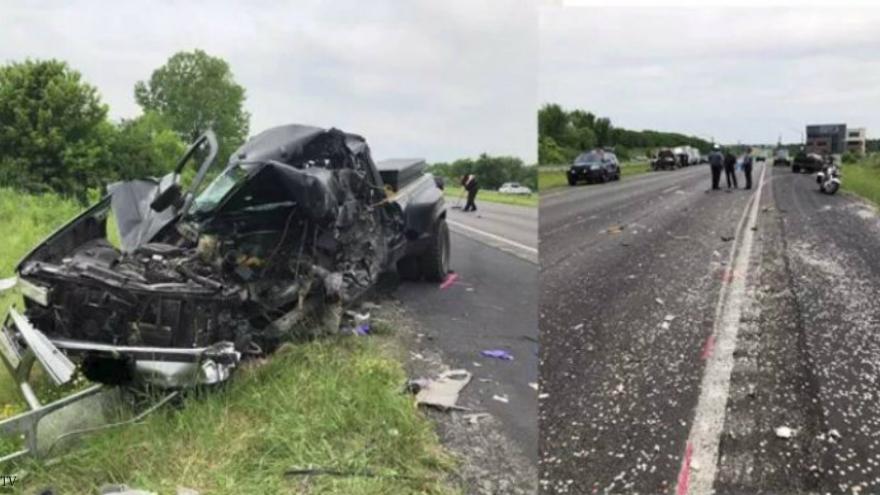 KANSAS CITY, Mo. (KCTV/KSMO) -- Police say $25,000 spilled onto a Northland highway after an armored truck was involved in a crash.

One person was critically injured in the wreck involving a Brink's truck. Kansas City police initially said one person was killed but later corrected their statement.

The crash happened about 11:30 a.m. Thursday on Missouri Highway 152 near Shoal Creek Parkway.

Investigators said the Brink's truck was stopped in eastbound traffic on Hwy. 152 when it was rear-ended by a Chevy truck.

The driver of the Chevy is in critical condition at a local hospital and Brink's driver is uninjured.

Coins and cash from the Brink's truck spilled onto the highway as a result. Shovels, brooms, leaf blowers, and then vacuums had to be brought out to clean it all up.

Police said the cash was the easiest to pick up because it was all bundled in plastic. The scattered coins were more of a challenge.

Another Brink's truck did help with the cleanup.

The highway reopened at about 3 p.m.