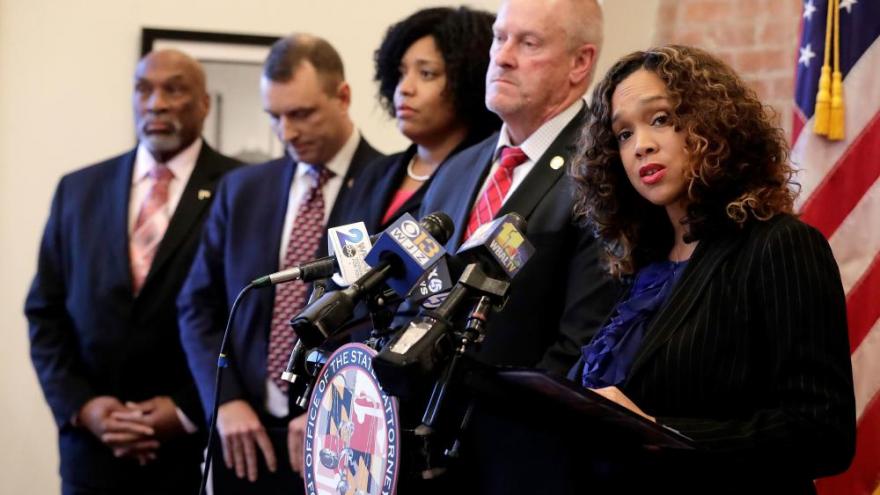 The 25 officers of the Baltimore Central Regional Tactical Unit face 236 counts, including conspiracy to promote and maintain a criminal organization by unlawful means, participation and conspiracy to participate in a criminal gang, first and second-degree assault, conspiracy to commit misconduct in office, and other related charges,Baltimore City State's Attorney Marilyn Mosby told reporters during a news conference.

The indictments stem from a long-term investigation, ledby the Maryland Department of Public Safety and Correctional Services, into allegations of excessive force toward and intimidation of inmates in state-run pre-trial facilities, Mosby said.

Investigators discovered that the officers were operating a"criminal enterprise" and their actions are alleged to have included violent assaults, tampering with and destroying evidence and falsifying official public documents to maintain dominance and shield its members from law enforcement, Mosby said.

"We are again making clear that we have absolutely no tolerance whatsoever for corruption of any kind in our state prison system or anywhere else in state government," Maryland Gov. Larry Hogan said in a statement. "Our correctional officers have one of the most difficult jobs in all of public safety, and we will not let the criminal behavior of the few tarnish the great work of the nearly 5,000 dedicated officers who serve with distinction every single day."