26 people rescued after being stranded on NYC ferry 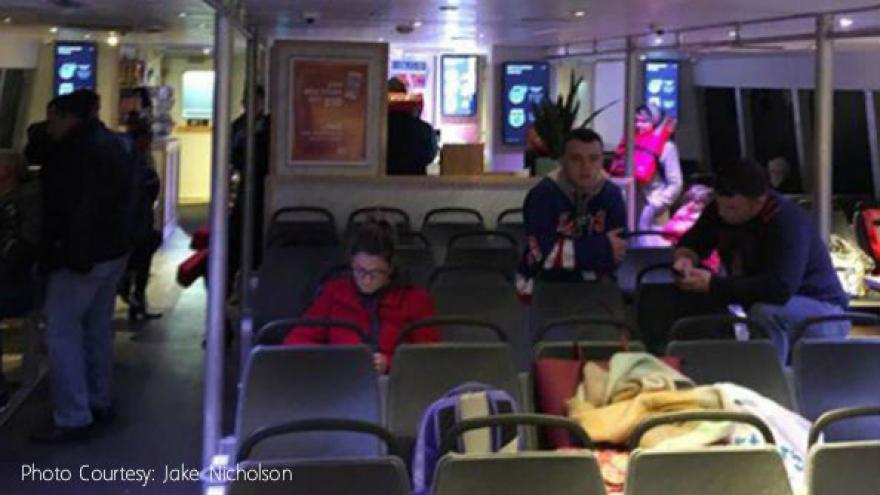 Breezy Pint, Queens (WPIX) -- More than two dozen people aboard an NYC ferry that became stranded after hitting a sandbar in Coney Island Channel have been rescued, the NYPD said late Wednesday.

No injuries were reported among passengers or crew members, NYPD’s Chief of Special Operations Harry Wedin tweeted around 10:45 p.m.

Police and firefighters were called around 6 p.m. Wednesday to the boat, stuck between Brooklyn and the Rockaway peninsula in Queens.

Officials said 26 people were stranded on the NYC ferry for hours before being transported to a heated boat. They were safely transported to Brooklyn Army Terminal.

Firefighters said the ferry owners originally were arranging to have it towed, but an evacuation was getting underway around 7:30 p.m.

As of Wednesday night, the ferry remained stranded.

“Disabled vessel will be removed by a tow service during the overnight,” Wedin tweeted.

A city-sponsored, privately run ferry runs to the Rockaways from lower Manhattan. It's part of a $335 million effort to ease strains on New York's public transportation system.

As of 7 p.m., bitterly cold temperatures plummeted to 22 degrees, but felt more like 12 degrees.

Last month, more than 100 passengers were rescued from a ferry that ran aground off lower Manhattan.