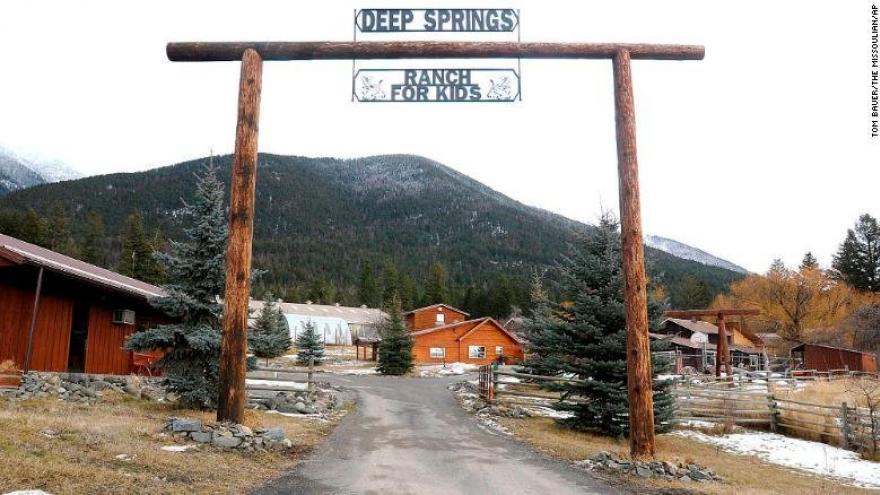 Montana removed 27 children from the Ranch for Kids. Source: Tom Baur/ The Missoulian/AP
By Theresa Waldrop and Chris Boyette, CNN

(CNN) -- Montana removed 27 children from a treatment center in the northwest corner of the state after allegations of abuse, including hitting, kicking and withholding food, the state said.

The Montana Department of Public Health and Human Services said Tuesday that it took the action after receiving reports of "consistent and chronic allegations of physical and psychological abuse" at the Ranch for Kids in Rexford.

"Allegations of egregious abuse regarding Ranch for Kids has escalated in both frequency and severity in recent months," the department said in a news release. The state has suspended the nonprofit's license, the department said.

The facility offers a live-in treatment program for children with fetal alcohol syndrome and adopted children who haven't bonded with their adoptive parents, according to its website.

The 27 children removed from Ranch for Kids are now at a safe location receiving medical care, but the details of their care and condition are confidential, the department said. They range in age from 11 to 17, CNN affiliate KECI reported.

Among the reported physical abuse allegations are that children were body-slammed and spit on by staff, the state said. There also are reports of excessive discipline, including making children walk as many as 20 miles on a forest road in harsh conditions, sometimes with no shoes, the department said. The state said it also received reports that children weren't receiving medical care, even when critically needed.

"These are selected fabrications of information from incredible sources," Sutley told CNN, adding the children had already been through trauma, and the state was only causing more.

Sutley said Ranch For Kids has 10 days to respond, and there will be a hearing.

"We fully expect to go through and clear the air," the director said. "We look forward to the opportunity to clear the air and be exonerated of the misconstrued allegations."

The nonprofit's mission is to offer "an effective, compassionate treatment program" for children struggling with issues caused by exposure to alcohol or drugs before birth and adopted children who haven't been able to bond with their adoptive parents, according to the Ranch for Kids website.

Investigators interviewed former staff members, counselors and the children, KECI reported. The probe led to a court order allowing the department and Child Protective Services to remove the children and suspend the ranch's license.

The department said it's working to reunite the children with their families or to find other placement for them.