3 dead in shooting in French city of Strasbourg, police say shooter has not been caught 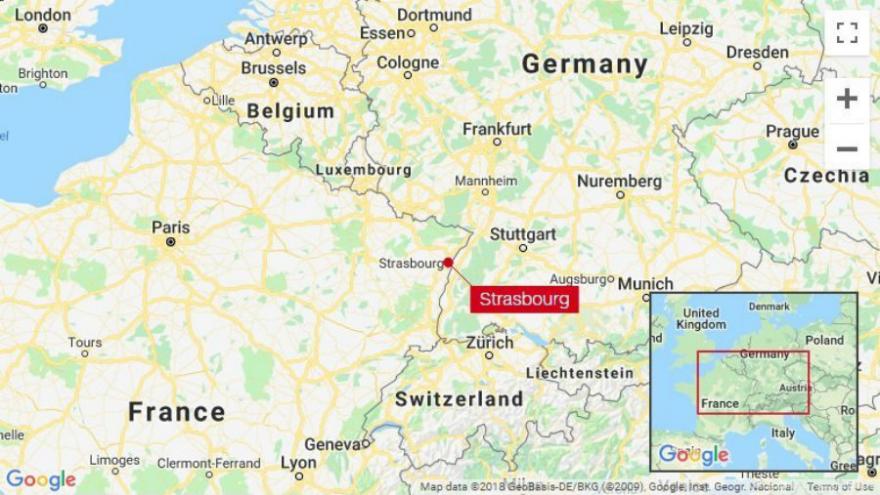 (CNN) -- French police have launched a manhunt for the suspect who opened fire near a Christmas market in the center of the French city of Strasbourg Tuesday, killing three people and injuring 12 others.

The motive for the attack is unclear but police said the suspect was already known to security services as a possible threat.

The Paris Prosecutor's office told CNN that their anti-terror section is in charge of the investigation and more than 350 security forces have been mobilized to find the gunman.

The suspect entered the perimeter of the Christmas market by the city's Corbeau Bridge around 8 p.m. local time, heading toward the Rue des Orfèvres and began shooting. The suspect escaped in a taxi once anti-terror police descended on the scene.

Issam Fares, who sells chestnuts at the Strasbourg Christmas market, told the AFP he heard several shots and thought they were fireworks "or they're attacking a store."

"I saw a lot of people running, scared, crying kids and all. Then I said, in my opinion it must be very, very serious, and then ... I saw people crying and the crowd leaving," he told AFP. "They said it was shooting right next door, so I ran away. I went to hide in a restaurant, not far from Gutenberg Street."

The injured were taken to a Strasbourg hospital.

French President Emmanuel Macron is monitoring the situation and has asked the interior minister to go to the scene, an Elysee Palace spokeswoman said.

The spokeswoman said: "The President of the republic is being informed in real time of the situation in Strasbourg. He decided accordingly to shorten his current meeting and asked the minister of the interior to go there. He continues to be kept informed of developments."