3 dead, suspect killed after shooting and fire in Baltimore County 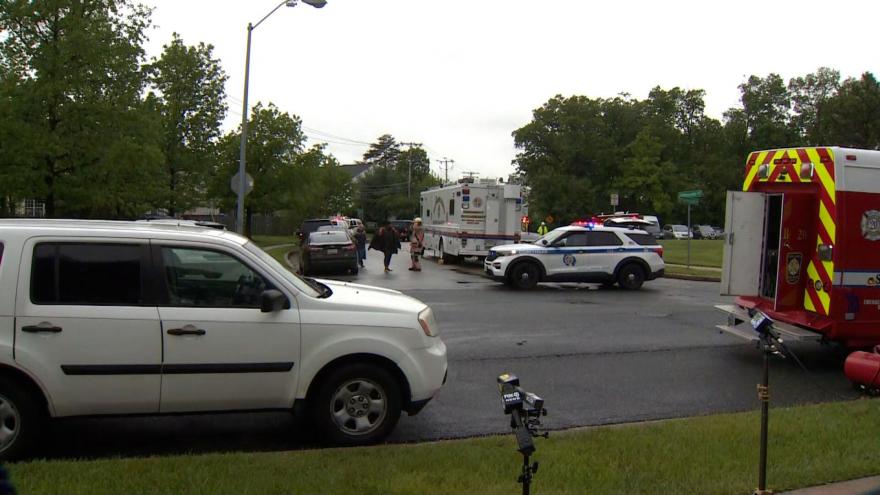 Emergency vehicles line the street after a shooting and fire in a townhome Saturday morning in Woodlawn, just outside Baltimore.

(CNN) -- Three people are dead and another was injured in a shooting and fire at a townhome Saturday morning just outside Baltimore, officials said.

Police and fire crews responded to calls of "an active fire, as well as an active shooter" around 6:40 a.m. in Woodlawn, Baltimore County Police spokesperson Joy Stewart said.

"Our officers responded to the scene. When they arrived, they found a man outside armed," Stewart told reporters during a news briefing.

The suspect was killed by police, Stewart said

The structure where the fire started, "as well as the residence directly to the right ... have collapsed," Rostkowski said. "The third dwelling that was involved has heavy damage."

Fire officials have not yet determined the cause or origin of the fire, according to Rostkowski.

The cause of the fire and relations of those involved are being investigated, Stewart said.

Baltimore County Executive Johnny Olszewski said on Twitter that it will "take time to fully investigate" the "horrific incident."

"Today, we pray for the injured victims and the families who have lost loved ones," Olszewski said. "We will make all possible resources available to the residents affected by this tragic situation."