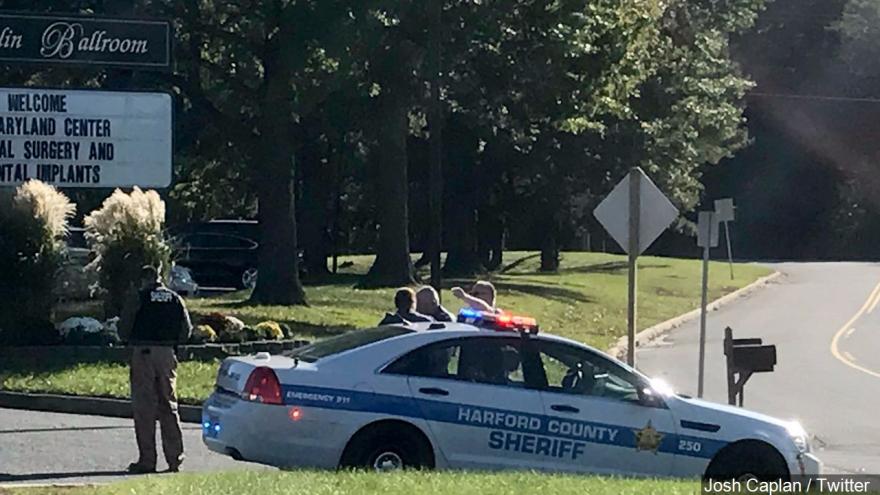 Three of the five people shot Wednesday at an office park in Edgewood, Maryland, have died in what appears to be a targeted attack, Harford County Sheriff Jeffrey Gahler said.

All five victims are believed to be employees of Advanced Granite Solutions, where the shooting happened, the sheriff said. The suspect is associated with the business but it's unclear how, he said.

Police say they are looking for a suspect, Radee Labeeb Prince, 37.

Prince is believed to have been driving a 2000 black Acadia, with a Delaware license plate.

Five people have been shot at an office park in the Maryland community of Edgewood, and the shooter is believed to be on the loose, a deputy with the Harford County sheriff's office said Wednesday morning.

The shooter left the scene -- the Emmorton Business Park in Edgewood, roughly 30 miles northeast of Baltimore -- and no one has been arrested, the deputy said.

Special agents from the Bureau of Alcohol, Tobacco, Firearms and Explosives were at the shooting scene to help the sheriff's department, the ATF said.

Five schools in the Edgewood area were placed on lockdown -- meaning students are being kept in the buildings, and visitors are not permitted -- as a precaution at the advice of the sheriff's office, the county school system said on its website.