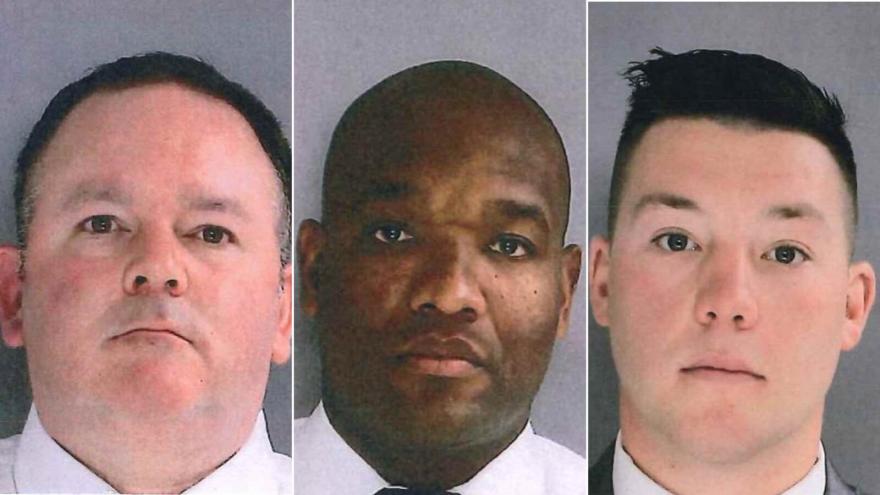 Manslaughter charges were "appropriate" in this case rather than murder in the third degree because there was no evidence of malice, a news release from Delaware County District Attorney Jack Stollsteimer's office states. Bail was set at $500,000, unsecured, for each defendant and a preliminary hearing set for January 27 in state court.

CNN has reached out to all three officers and their attorneys for comment, as well as the Sharon Hill Police Department.

Fanta was killed after two teens, Angelo "AJ" Ford and Hasein Strand, opened fire in a dispute outside a suburban Philadelphia high school football game, according to the complaint. In response, the three officers, who were monitoring the exit of the football game, fired at a vehicle moving on the street between the officers and the football stadium and spectators leaving the game.

Investigators recovered 25 9mm cartridge casings from the area where the officers fired, with ballistic evidence matching them to the officers' service weapons, according to the complaint.

Stollsteimer also directed his office to withdraw murder charges against Ford and Strand for their role in Fanta's killing, the prosecutor announced Tuesday.

"While I believe these defendants should be held accountable for starting the series of events that ultimately led to Fanta Bility's death, developments during the grand jury investigation render it appropriate to withdraw these charges at this time," Stollsteimer said in the release.

Strand pleaded guilty Tuesday to aggravated assault and illegal possession of a firearm for his role in the August 27 events. He will serve a prison term of 32 to 64 months and will remain under court supervision until 2030, per the terms of his plea, according to the release.

CNN has reached out to the public defender representing Ford and Strand for comment.

"From the moment the call came in on August 27, my team of investigators and prosecutors has worked tirelessly to achieve justice for Fanta and the other victims of that tragic night. Today's charges are a big step forward in that process," Stollsteimer said in the release.