3 romance novels by Stacey Abrams to be re-released 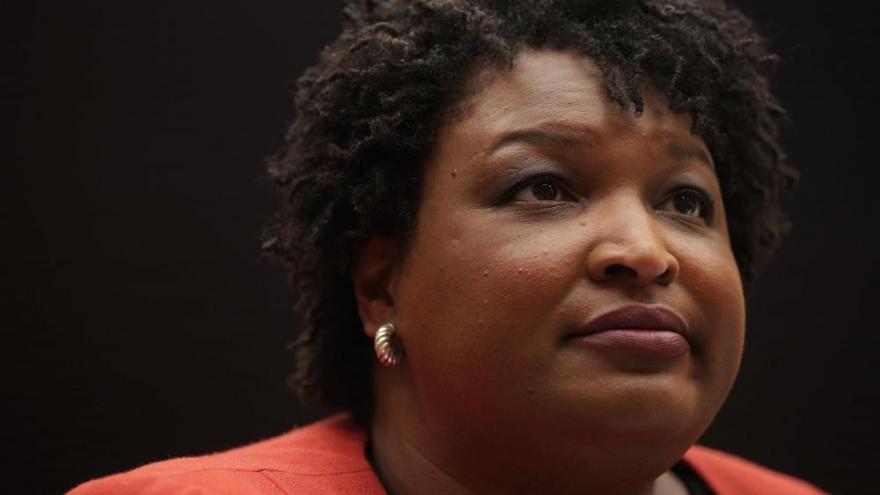 Stacey Abrams is known as a fierce voting rights advocate, a former gubernatorial candidate and a rising star in the Democratic Party. But the Georgia Democrat is also known by another name: Selena Montgomery.

(CNN) -- Stacey Abrams is known as a fierce voting rights advocate, a former gubernatorial candidate and a rising star in the Democratic Party. But the Georgia Democrat is also known by another name: Selena Montgomery.

Berkley, a Penguin House imprint, announced last week that it will re-release three romance novels Abrams wrote under the pen name 20 years ago. The publisher will reissue the novels, "Rules of Engagement," "The Art of Desire" and "Power of Persuasion" in hardback and audio format next year.

"The characters and their adventures are what I'd wished to read as a young Black woman -- stories that showcase women of color as nuanced, determined, and exciting," Abrams said in a statement. "As Selena and as Stacey, I am proud to be a part of the romance writing community and excited that Berkley is reintroducing these stories for new readers and faithful fans."

Berkley Vice President and Editorial Director Cindy Hwang said she was honored to "reintroduce her fantastic novels to the world," adding, "I love that Stacey has always embraced her romance novelist roots -- she is fiercely proud, just as we are proud of our romances and their key importance to Berkley's publishing program."

Abrams is also the author of two non-fiction books and her first legal thriller, "While Justice Sleeps," is set for release this week.

During an interview with CNN's Christiane Amanpour in 2018, Abrams spoke about her fiction novels as a way to discuss issues.

"My romance novels really helped me think the different lives that people lead and how important it is to tell stories so you can bring people to the table and they understand why issues matter to them," Abrams told Amanpour.

Abrams told "CBS Sunday Morning" that she tries to emulate her characters. "And I try to have my characters reflect who I am," she said.

Last year was particularly busy for the Georgia Democrat, from campaigning for President Joe Biden and Sens. Jon Ossoff and Raphael Warnock to driving voter turnout in an effort to turn Georgia blue. She told CBS that she would like to focus some more on her personal life in the upcoming year.

"It's nice to like somebody and have somebody like you, I wrote a lot of books about it," Abrams said.