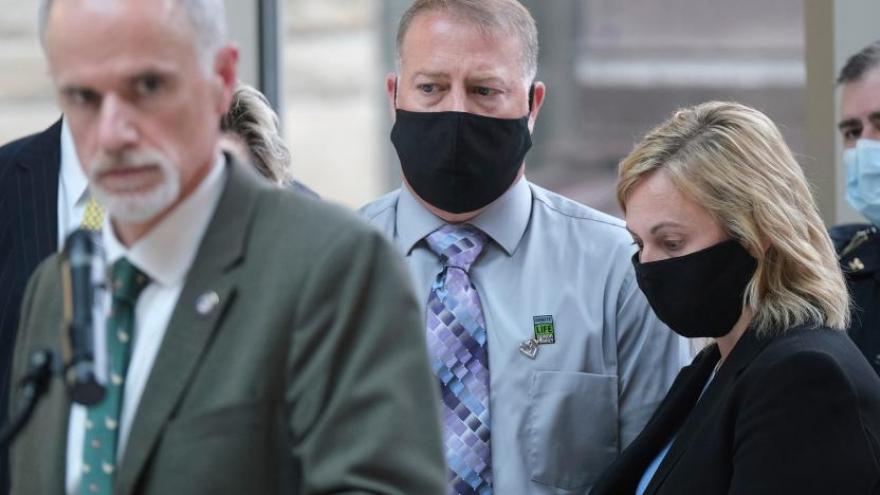 Bowling Green State University in Ohio announced that it has permanently expelled three students and suspended 17 in connection to the death of a sophomore participating in fraternity hazing in March.

(CNN) -- Bowling Green State University in Ohio announced on Friday that it has permanently expelled three students and suspended 17 in connection to the death of a sophomore participating in fraternity hazing in March of this year.

The suspensions range from three to eight years and one student received a deferred suspension, the university said in a statement. The statement didn't name the specific students who were disciplined.

Stone Foltz, 20, died on March 4 after he was found unresponsive in his apartment. A coroner ruled his death an accident resulting from a fatal level of alcohol intoxication during a hazing incident, according to prosecutors working on a criminal case in connection with Foltz's death.

"At the beginning of the investigation into the incidents involving the tragic death of student Stone Foltz, BGSU committed to a fair, thorough and accountable disciplinary process," said Alex Solis, deputy chief of staff and university spokesperson. "Today, the University has concluded that process. All 21 students charged were found responsible for a total of 83 violations of the BGSU Code of Student Conduct, including hazing, harm to and endangering others and furnishing alcohol."

Solis said that the university also released a report conducted by a school working group on best practices to combat hazing and that the school will continue to "take all necessary measures to eradicate hazing."

Eight people were charged in late April in connection with Foltz's death, and his family filed a wrongful death lawsuit in May against the Pi Kappa Alpha International Fraternity, its Delta Beta Chapter in Bowling Green, Ohio, and several others connected to the fraternity.

CNN has reached out to Pi Kappa Alpha International Fraternity regarding the disciplinary action taken by the university.

An autopsy showed that Foltz had a blood alcohol content of .35, which is more than four times the legal limit.

In April, the university permanently expelled the fraternity for hazing violations in the wake of Foltz's death.

Following Foltz's death, the international fraternity said it had a zero-tolerance policy toward illegal activity, including hazing, and placed the BGSU chapter on interim suspension.

In April, the international fraternity revoked the BGSU chapter's charter, expelled all its current undergraduate members and further extended its sympathies to the Foltz family.