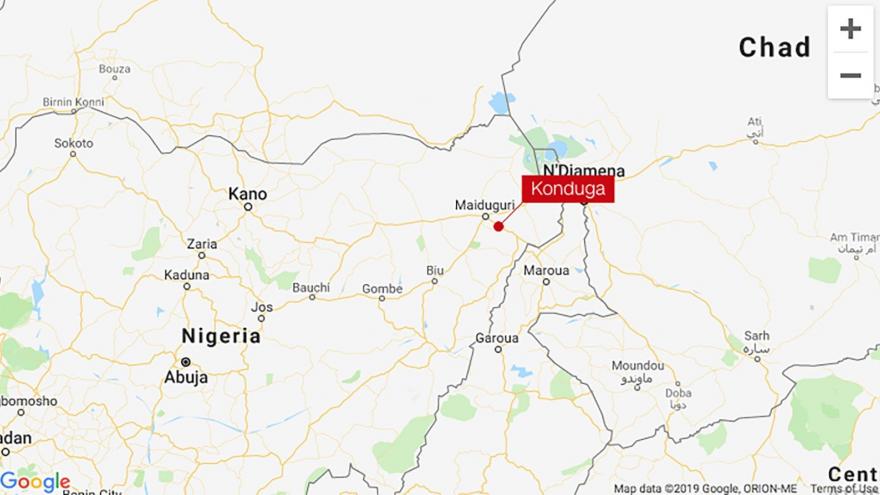 One of the bombers, detonated his explosive outside a cinema hall where soccer fans had gathered to watch a match on Sunday night in Konduga, a remote town in Borno State.

At least 24 people died according to Bello Dambatta, head of the rescue team of State emergency operations.

A few kilometers from the hall, the girls, whose ages are unknown, blew themselves up and killed another six people and injured 17 others.

"They positioned themselves in different spots in the same area. Most of the people who died were from the viewing center. At least 24 people died when he blew himself up and 21 people were injured," Dambatta told CNN.

Ikon Abdullahi, a spokesman for the national emergency response team, told CNN many of those wounded in the blasts have been evacuated to specialists hospital in the Maiduguri capital as local hospitals do not have enough personnel and resources to handle the casualties.

No one has claimed responsibility for the attack but Boko Haram terrorists have carried deadly attacks in Borno state, bombing mosques, markets and public places of gathering.

Eight people died in a suicide bombing targeting worshippers in a mosque in Konduga in July 2018.

The militant group has been known to recruit children kidnapped from towns and villages in northern Nigeria into their ranks to carry out suicide attacks.