30 sickened in adenovirus outbreak in New Jersey, including 10 children who have died 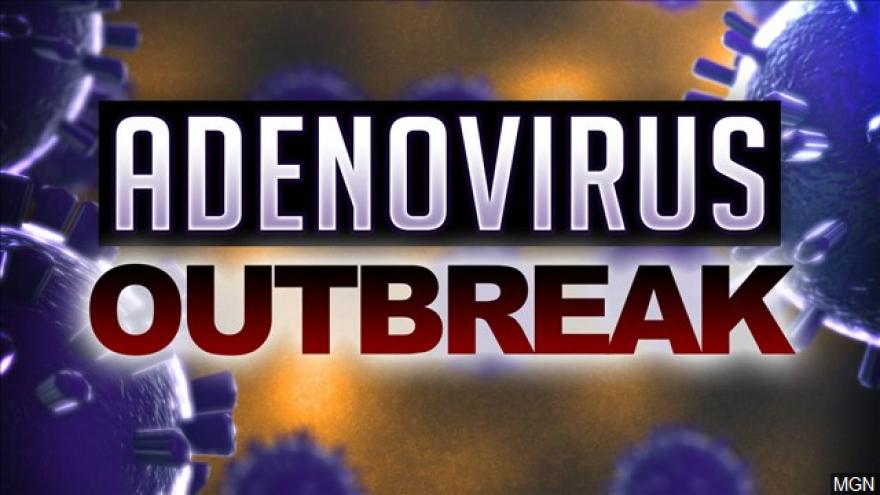 A total of 30 have become sick, including 10 deaths, in connection with an adenovirus outbreak at a New Jersey health care facility. Photo courtesy MGN

(CNN) -- A total of 30 have become sick, including 10 deaths, in connection with an adenovirus outbreak at a New Jersey health care facility, the state's Department of Health announced Monday.

All but one case are children with weakened immune systems and other serious medical issues, many of whom require assistance to breathe and function, at the Wanaque Center for Nursing and Rehabilitation in Haskell, New Jersey.

A staff member was also affected by the outbreak but has recovered.

The outbreak in the Wanaque facility was caused by adenovirus type 7. This type is "most commonly as

All but one case are children with weakened immune systems and other serious medical issues, many of whom require assistance to breathe and function, at the Wanaque Center in Haskell, New Jersey. Wanaque Nursing Home and Rehabilitation Center
sociated with acute respiratory disease," according to the US Centers for Disease Control and Prevention. Other types of adenovirus infections can cause flu-like symptoms, pinkeye and diarrhea.

The health department also announced Monday that a new case of adenovirus was found among kids at a second New Jersey facility, Voorhees Pediatric Facility -- bringing their total to five. However, CDC tests suggest that the culprit is adenovirus type 3, a different strain than the one in Wanaque.

Patients at the Voorhees facility became ill between October 20 and 29. An inspection by the state health department last week found no infection control problems and issued no citations.

"The Department and local health partners have been working with the facility to provide infection control recommendations and identify other possible illnesses since the [Voorhees] facility notified the Department of a case of adenovirus in a resident on October 26," New Jersey Department of Health Commissioner Dr. Shereef Elnahal said in a statement Monday.

Health officials say they are stepping up efforts to strengthen infection control at such facilities in the state. The health department announced plans last week to deploy a team of infection control experts to visit University Hospital and four pediatric long-term care facilities this month, including the Wanaque and Voorhees facilities, where experts will train staff and evaluate how these facilities prevent and control infections.

"Facility outbreaks are not always preventable, but in response to what we have seen in Wanaque, we are taking aggressive steps to minimize the chance they occur among the most vulnerable patients in New Jersey," Elnahal said in a statement last week.

Adenoviruses are often spread by touching a contaminated person or surface, or through the air by coughing or sneezing. They are known to persist on unclean surfaces and medical instruments for long periods of time, and they may not be eliminated by common disinfectants, but they rarely cause severe illness in healthy people. However, people with weakened immune systems have a higher risk for severe disease, and they may remain contagious long after they recover, according to the CDC.

Symptoms may appear two to 14 days after being exposed to the virus, the state health department said.

The infections and deaths come amid questions -- from former Wanaque Center employees, the mother of one of the children who died, and Elnahal himself -- about whether current facility standards are high enough and whether more could have been done to prevent this from happening.

Elnahal previously said in a statement that the findings of a recent unannounced health inspection at the Wanaque facility "raise questions about whether these general longterm care standards are optimal for this vulnerable population of medically fragile children."

"We also need to think about whether there is more we can do as healthcare leaders to protect immunocompromised children, such as those served at Wanaque Center," he said. "Every year in the state, there are hundreds of outbreaks at healthcare facilities."

In statements last month, the Wanaque facility said that it's working alongside health experts to investigate the outbreak and that it "promptly notified all appropriate government agencies when the virus was initially identified." According to state health department spokeswoman Nicole Kirgan, health officials were notified of respiratory illness at the facility on October 9, and the facility notified parents 10 days later, on October 19.

The facility has not responded to CNN's calls and emails for further comment.

The facility has been "instructed not to admit any new patients until the outbreak ends and they are in full compliance," according to the state health department. State health officials have said the outbreak can only be declared over when four weeks pass without an additional case.

"It can be difficult to impossible to know how the virus got to the facility, what its source was, or what its specific mechanism of spread is from person to person," Elnahal said.