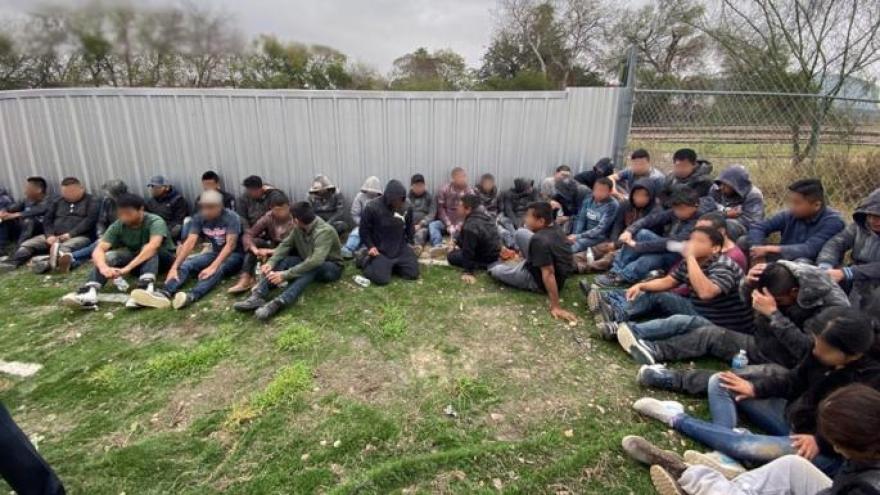 The migrants who'd been trapped in the truck are now in the custody of federal immigration authorities, police said.

(CNN) -- A tip from an anonymous caller led police in Laredo, Texas, to a surprising discovery: 36 migrants trapped in a hidden compartment inside a dump truck that appeared to be hauling gravel.

Officers had dispatched a wrecker to tow away the disabled dump truck on the morning of January 30, police said. Later that morning, they received a call reporting that people were concealed in a compartment inside the vehicle.

Investigators and rescuers responded to the impound lot and heard banging from inside the truck, Laredo Police spokesman Officer Emanuel Diaz said. The people inside appeared to be trapped, he said.

Rescuers "were able to get a backhoe to take off some of the dirt so they could get out," Diaz said.

Investigators found that plywood sheets had been installed inside the truck, creating the hidden compartment. A mix of sand, gravel and dirt sat on top of the plywood, police said.

Customs and Border Protection South Texas shared photos of the truck and the migrants on Twitter, stating that the migrants inside had "no means of escape."

"Make no mistake -- the criminal organizations and cartels have no concern for the wellbeing of the people they smuggle across the border," acting CBP Commissioner Mark Morgan said on Twitter.

The migrants are in the custody of Homeland Security Investigations, which is conducting a human-smuggling investigation, police said.

Authorities haven't said where they believe the migrants are from, whether they face any charges or whether they have legal representation.

In the past, CBP has released reports of large groups of migrants trapped inside trucks and warned that smugglers are placing migrants' lives in danger. But reports about hidden compartments inside trucks are less common.

The agency has released details on cases of migrants found hiding inside furniture, behind stacks of tires or inside the sleeper compartment of a tractor-trailer. In a two-month period in 2018, the agency said it had thwarted 42 smuggling attempts involving tractor-trailers.

One such case took a tragic turn in 2017, when nine people were found dead inside a sweltering tractor-trailer where more than 100 undocumented immigrants had been sandwiched. The driver of that truck, found in San Antonio, Texas, was later sentenced to life in prison.