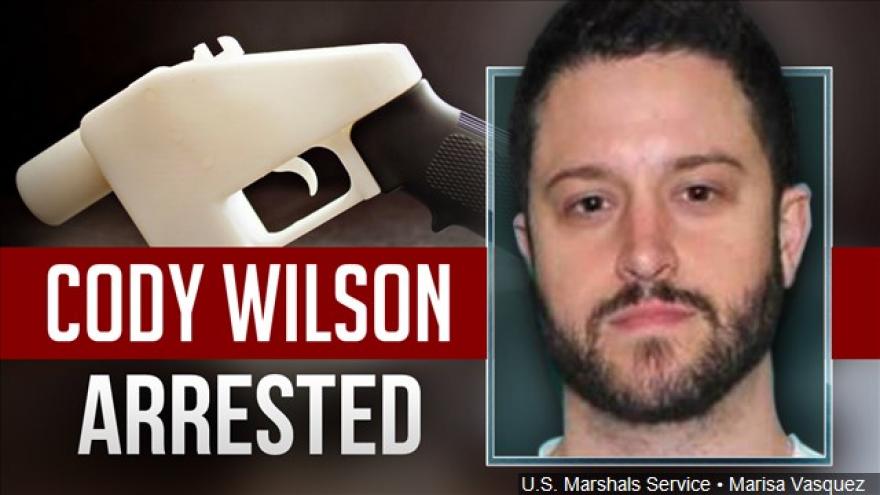 The creator of the world\'s first fully-printed 3D gun, Cody Wilson, appeared in a Texas court to face a charge of child sexual assault. He was arrested in Taiwan last week and transferred to Houston. Photo courtesy U.S. Marshals Service / Marisa Vasquez

Wilson, who was in Taiwan last week, was transferred to Houston by US marshals on a warrant over the sex assault of a minor. According to jail records, Wilson's bond was set at $150,000.

In court, Wilson said he plans to hire an attorney.

A warrant for Wilson's arrest was issued last week after allegations that Wilson, 30, had sex with a 16-year-old girl he met on an adult dating site, police said.

Wilson allegedly met the girl at a coffee shop on August 15, brought her to a hotel and paid her $500 for sex, Austin police Cmdr. Troy Officer said

The age of consent in Texas is 17. If convicted, Wilson could be sentenced to two to 20 years in prison and possibly a fine of up to $10,000, Officer said.

Wilson is the founder of Defense Distributed, a company that created blueprints for a 3D-printed handgun made of plastic. The company is embroiled in a legal dispute over the distribution of the blueprints.

Shortly after Wilson posted the blueprints online in 2013, the Obama administration ordered him to take them down. Wilson responded with a lawsuit in 2015, claiming First Amendment rights.

The Trump administration settled the case in June, and the 3D weapon blueprints were scheduled to be posted online August 1. However, Washington state and other states successfully sued to block the release of the blueprints that day.