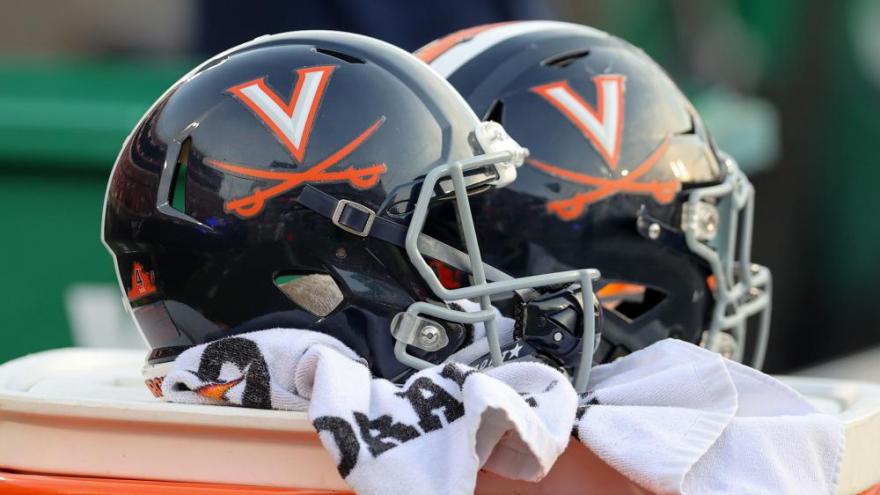 A rise in Covid-19 cases within the University of Virginia football team led to the cancellation of the Fenway Bowl in Boston.

(CNN) -- A fourth college football bowl game was canceled Monday due to Covid-19 protocols, while at least two other bowl games will feature different teams.

Boise State Athletics announced Monday that it shut down all football team activities due to Covid-19 protocols. As a result, the Broncos will not compete against the Central Michigan Chippewas in the Arizona Bowl scheduled for Friday in Tucson, and the game has since been canceled, game organizers announced Monday.

Boise State's decision was made in consultation with its medical staff, in addition to campus and public health officials.

"We feel for the young men in our program who were very much looking forward to closing out their season, and for some, their football careers," Boise State Director of Athletics Jeramiah Dickey said in a statement. "I would personally like to thank Kym Adair and her team at the Arizona Bowl for putting together at first-class student-athlete and fan experience that we are extremely disappointed to miss."

The Sun Bowl will be played at noon ET Friday in El Paso, Texas.

Miami's deputy director of athletics, Jennifer Strawley said they were "extremely disappointed" not to participate in the Sun Bowl.

"But due to the number of Covid-19 cases impacting our roster we do not have enough student-athletes to safely compete, and the health and safety of our student-athletes will always be our top priority," Strawley said.

As of Monday, five bowl games have now been impacted in the past week by a rise in Covid-19 cases across the United States that has also hampered pro sports, snarled holiday travel and taxed health care systems.

Three other bowl games were canceled

Monday's Military Bowl in Annapolis, Maryland, between Boston College and East Carolina University was canceled because Boston College did not have enough players available due to a rise in Covid-19 cases, Director of Athletics Pat Kraft said.

"Unfortunately, due to cases of Covid-19 rising within our program since our arrival, along with season-ending injuries, opt-outs and transfers, we just do not have enough players to field a team," Kraft said. "We are disappointed not to be able to finish the season together as a team, but the health and safety of our program is our highest priority."

Having to cancel is a "terrible situation," the bowl's president and executive director, Steve Beck, said in a statement.

"We appreciate everyone who worked so hard to try to make the game happen. Of course, the health and safety of the players and coaches is top priority," he said. "The decision not to play is understandable, but disappointing."

The inaugural Fenway Bowl in Boston between the University of Virginia and Southern Methodist University -- scheduled for Wednesday -- was also canceled.

The University of Virginia's number of Covid-19 cases also prevented it from safely participating in the Fenway Bowl, the school said.

"We appreciate all of the hard work by our team and coaching staff. They earned this bowl invitation, and it is unfortunate they will not be able to compete in the game to complete the season," she said. "We regret how this also impacts our fans who were planning on attending the game as well as the SMU program and its fans."

All activities associated with the Fenway Bowl will no longer take place, Fenway Sports Management said.

"Though we all are disappointed that the Wasabi Fenway Bowl will not be played this year, we are grateful to our community partners, sponsors, volunteers, and stakeholders for their hard work to introduce college bowl season to Fenway Park," Fenway Sports Management said in a statement. "We'd like to extend that appreciation to both schools and fanbases for their enthusiastic support. We look forward to seeing everyone at the 2022 Wasabi Fenway Bowl."

On Wednesday, Texas A&M University announced it would not be able to participate in the Gator Bowl against Wake Forest University on New Year's Eve. Organizers say Rutgers University will replace Texas A&M in the game.

Correction: An earlier version of this story incorrectly said the Sun Bowl was canceled. Washington State and bowl officials were working to find a team to replace the Miami Hurricanes in the game.