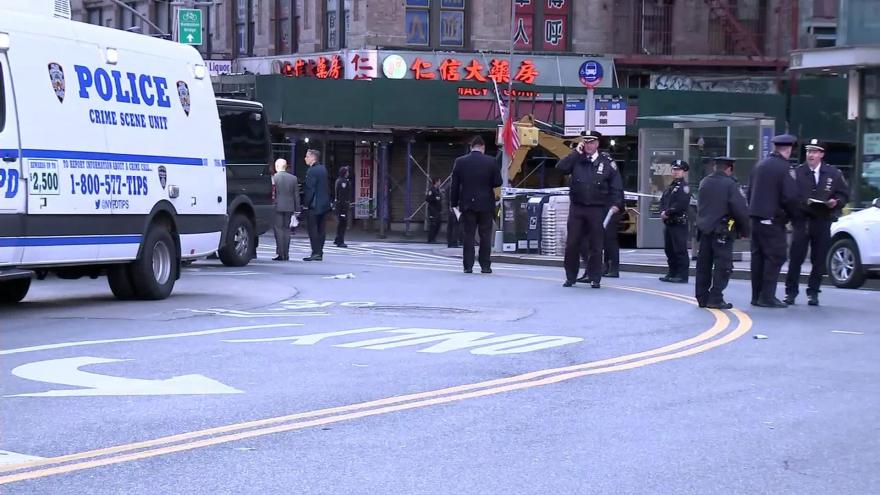 (CNN) -- Four homeless men have been killed -- and a fifth injured -- around Manhattan's Chinatown neighborhood in what investigators believe were attacks that began while they were sleeping, New York City police said Saturday.

Investigators believe the victims, found early Saturday in three locations in or near Chinatown, were hit with a metal pipe as they slept, police said

Police were scouring the crime scenes Saturday morning. Details about what led to the attacks weren't immediately available.

The grisly discoveries began around 2 a.m., when someone called 911 to report an assault near a building in Chinatown, police said.

The officers found a man's body in the street and were approached by an injured 49-year-old man, according to police.

Officers started searching the area and found a man matching the attacker's description about a quarter-mile away, police said.

The injured man was taken to a Manhattan hospital in critical condition, Shelton said.