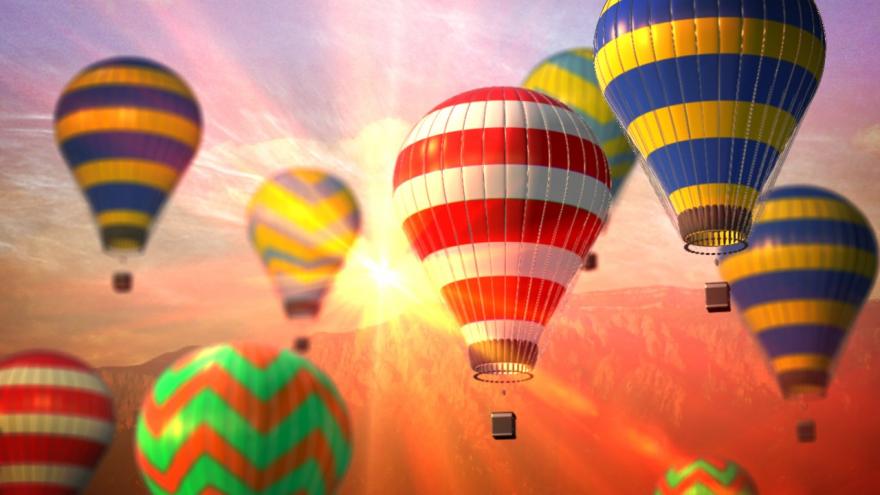 One of the balloons became entangled in power lines, sending sparks onto the street below and causing the balloon to catch on fire. The pilot suffered minor injuries but refused medical treatment.

According to the Canton Fire Department, a balloon caught fire after crashing into a high tension power line and a street light on Marion Avenue Southwest and 4th Street around 8:45 p.m. Authorities said the balloon was occupied by a single male pilot. The Canton Fire Prevention Bureau is investigating the cause of the crash.

Diane Fete capture on camera the moments after the impact.

“It just sounded like a cannon. It blew up… and it broke in half,” Fete said. “There was fire in the balloon and fire in the basket.”

Fete said she and her husband were eating at a restaurant downtown when she noticed a number of the balloons appearing to be very close to the ground, potentially preparing to land. Fete said it appeared the pilot overshot his landing at a nearby high school sports practice field.

“I always thought these guys know what they are doing but you never know what can happen,” Fete said. “I just couldn’t believe it. You just can’t believe when you see something like that.”

Collyn Floyd with the Canton Regional Chamber of Commerce said they have not encountered an incident like this in the 33-year history of the Balloon Classic.

The event has been a staple in the community for years. It began on Friday and runs until Sunday.

According to the Canton fire chief, it is unusual for hot air balloons to hit power lines. He said balloons land in various locations, typically in fields.

Another balloon, a large dragon giving a thumbs-up sign, also made a jaw-dropping landing near Tuscarawas Street East and Belden Aveune Southeast.

Tim Moriarty said he and his wife were enjoying coffee at a downtown shop when he too noticed the balloons precariously close to the ground. He and his wife traveled three blocks east where a large crowd of people had started to gather.

The balloon pilot somehow managed to avoid scraping a treelike and rows of power lines before landing in a small strip of land near a dollar store.

“At one point I thought if he doesn’t make that and he comes out in the street and the thing comes down, what if it covered my car or something?” Moriarty said. “They’d still be looking for me, maybe. I must say the pilot had exemplary skills to get that down.”

The fire department was not dispatched to the scene. No injuries were reported.

Two other balloons landed in densely-populated areas around the city. One of the landings happened in a family’s sideyard with the deflated balloon cocooning the roof and chimney.

According to a spokesperson for the Pro Football Hall of Fame Enshrinement Festival, only the incident involving the injured pilot was of concern. The spokesperson also said the balloons' flight is based on wind direction and the pilots' abilities to find a safe place to land. Pilots are briefed on wind speed and direction before each flight, which dictates where they will take off and land.

Floyd said said pilots are permitted to land the balloons anywhere with land owner permission, and the decision on where to land is solely made by the pilot-in-command.

"Their ground-based crew makes every effort to secure permission in advance of any take-off or landing," Floyd said.

Floyd said they track all pilot launch, flight and path landings with electronic GPS loggers. Floyd also said the festival does not plan to change its policies following this latest incident.

"We have a team of very experienced safety officials including a safety officer, weather officer, and flight operations director. They have a total of more than 100 combined years of experience in managing events of this nature," Floyd said.

Moriarty didn’t attend the balloon classic this year. Instead, it came to him.

“This doesn’t really mar [the balloon classic],” Moriarty said. “It makes you remember what happened but we’re just glad everybody got out okay.”