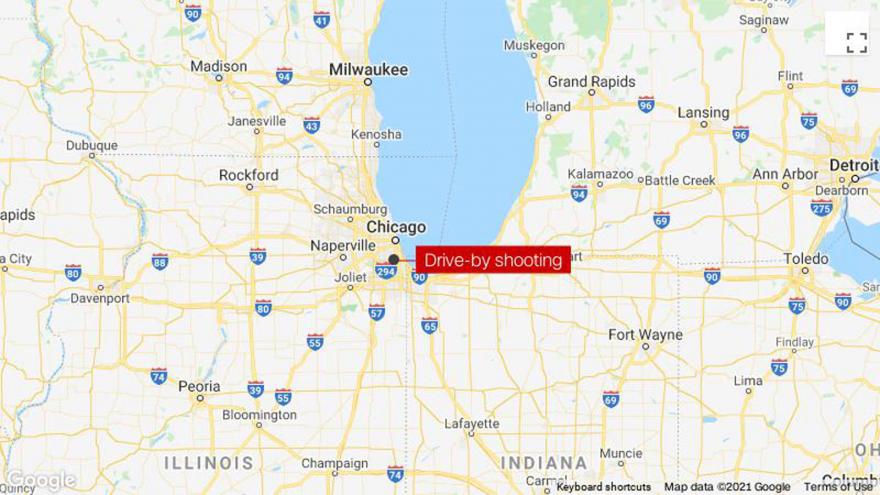 Police said four men standing outside in the 1000 block of W. 89th Street were wounded when an unknown assailant drove by and shot them shortly before midnight Saturday night.

As of early Sunday morning, no suspects had been arrested.

At least 16 other people had been shot in Chicago since Friday, police said Saturday. At least six of them were killed.

In another incident, a 39-year-old man was shot in the head while riding in the back seat of a vehicle on Chicago's west side and died early Saturday morning, police said.

There were no immediate arrests in either of those two shootings.

Chicago Police Superintendent David Brown called the Fourth of July weekend the "most challenging weekend of the year" for police.

He said the police department "is doing its part in historically unprecedented ways" to address crime.

Local leaders met for almost six hours in a special City Council meeting Friday. Brown briefed leaders on the department's summer strategy, saying police have used data and technology to identify areas of higher crime and analyzed where more officers are needed to "make sure we are operationally ready."

But he said police alone can't guarantee public safety. Brown said the department is taking a "holistic approach" by working with other city agencies as well as neighborhood leaders and grassroots organizations to reduce violence.

"We cannot arrest our way out of this," Brown said. He said the "best way to reduce crime is to prevent it from happening in the first place."

But Alderman Jeanette B. Taylor criticized police leaders for not including more community organizations, churches and other stakeholders in conversations on how to address violence.

While addressing city leaders, Brown criticized the electronic monitoring program -- an effort to ease jail overcrowding by allowing some pretrial and short-sentence inmates to be tracked electronically in the community instead of being kept in jail.

Citing statistics from the Chicago Tribune, Brown noted people on electronic monitoring who are committing crimes, including murder, domestic battery and carjacking.

"Some of those people are dangerous," the mayor said.

Lightfoot said besides electronic monitoring, she wants judges to incorporate community resources to help offenders who are released on bond and are awaiting trial.

"There's a flaw in the system," Lightfoot said. "We need to work together to fix it, but we've got to acknowledge that there's a problem, because it is driving some of the surge in violence."